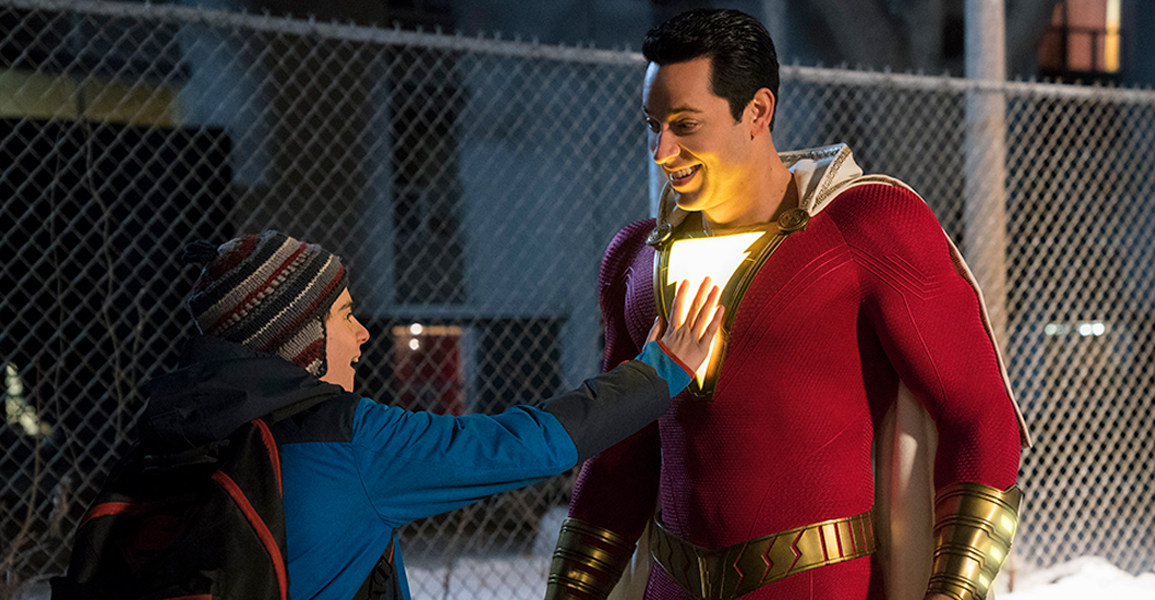 How Shazam! Combines Familiarity and Originality to Make DC’s Best Movie in Years

With a mixed reception to earlier films in DC’s movie universe (the DCEU) like Batman v Superman, Suicide Squad, and later Justice League, and even in spite of a much more positive reaction to movies like Wonder Woman, the inevitable comparison to the phenomena that is the MCU as well as DC’s own past efforts with the likes of Christopher Nolan’s Dark Knight trilogy, meant that DC is almost always fighting an uphill battle with its movie efforts. And yet for the first time since it began with 2013’s Man of Steel the DCEU looks to have had two huge hits in a row, first Aquaman in late 2018, and now Shazam!, which combines elements of a throwback adventure movie, some more family-friendly Deadpool-esque meta jokes on superhero cliches, all of which is wrapped up in a heartwarming message about family, and best of all manages to make it all look easy.

Throughout Shazam! there is an undeniable sense of fun, one that permeates the entire movie and manages to give off an almost constant vibe of familiarity, something akin to an eighties adventure movie, and yet it does this without feeling unoriginal – the whole thing just oozes fun, and for that reason alone it’s sure to be one of DC’s biggest hits yet.

Making the movie’s many achievements even more impressive is its’ ability to grow out the world of the DCEU, almost without really trying. Admittedly there is no way it could do it without the work done in previous films, but this is one of the first times we’ve seen what it’s like to live in this world of superheroes from ‘ground level’, with Billy’s foster brother Freddy being huge superhero fan, constantly wearing superhero t-shirts, owning an authentic Batarang, and a bullet that deflected from Superman, complete with a certificate of authenticity. It gives a real sense as to how the rest of the world is reacting to the presence of superheroes. 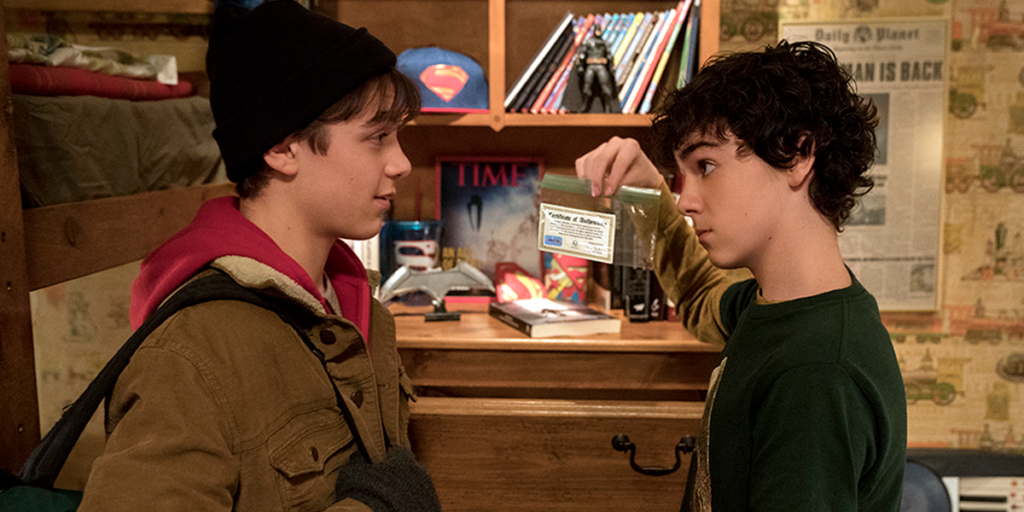 Along with a whole lot of heart, and some genuine character development, one of Shazam!’s best traits is its comedy, and whether it’s Zachary Levi’s Shazam shouting to Mark Strong’s Sivana about not being able to hear him whilst they are both in mid-air around a mile apart (poking fun at superhero movie fights, and supervillains tendencies to monologue), or when Freddy changes Billy’s ‘teleportation test’ into a ‘fireproof test’ and sets the box he’s trying to teleport from on fire, the movie is steeped in hilarious moments, all of which showcase not only Zachary Levi, who was born to play Shazam!, but the entire cast’s impressive comedic chops.

Plenty of movies which have to introduce a hero, his backstory and motivation along with the acquisition of, and then learning how to use, their powers, often falter when it comes down to delivering a compelling villain, but Shazam! manages to avoid this by opening the movie with an extended look at it’s main villain. The entire beginning of the move serves as a smart introduction to the story behind the Wizard Shazam, his search for a champion to fight off the Seven Deadly Sins, and perhaps most importantly establishes Thaddeus Sivana. As a famous Shazam villain from the comics, Sivana serves as a relatively well fleshed out villain throughout the movie, managing to prove a big enough threat against Shazam, and thankfully isn’t simply killed off at the end, meaning he can return in future instalments.

And of course, the movie is filled with some fun twists and turns, with the biggest shock of the movie (minus a brief appearance of a certain Kryptonian) being the reveal and creation of the full Shazam! family. Towards the end of the film, when Billy realises that he isn’t powerful enough to stop all of the Seven Deadly Sins and Sivana alone, he remembers an earlier line from the wizard Shazam, who mentioned his brothers and sisters. Billy realises that he is supposed to share his power with his own foster brothers and sisters, and then does just that, giving them all their own ‘perfect version’ alter ego and the resultant superpowers.

The moment is not only the emotional payoff to Billy realising who his real family is, and a smart new twist on just seeing the hero beat up the bad guys, but it might go down as one of the best-kept movie secrets in years, with no hint at it happening in any of the marketing material whatsoever. In fact, the best part about the moment is that in any other scenario it would be something that was saved for the sequel, or perhaps a spin-off, but instead Shazam! manages to throw in a big and clever twist that not only ties the story together very well, but set up the future of this sure to be hit franchise, and with it the entire DCEU, perfectly.

Overall Shazam! manages to combine so much of what superhero movie fans expect from a modern-day superhero origin story, with a real sense of originality and fun, one that feels like it captures a moment in time (albeit a fictitious moment). 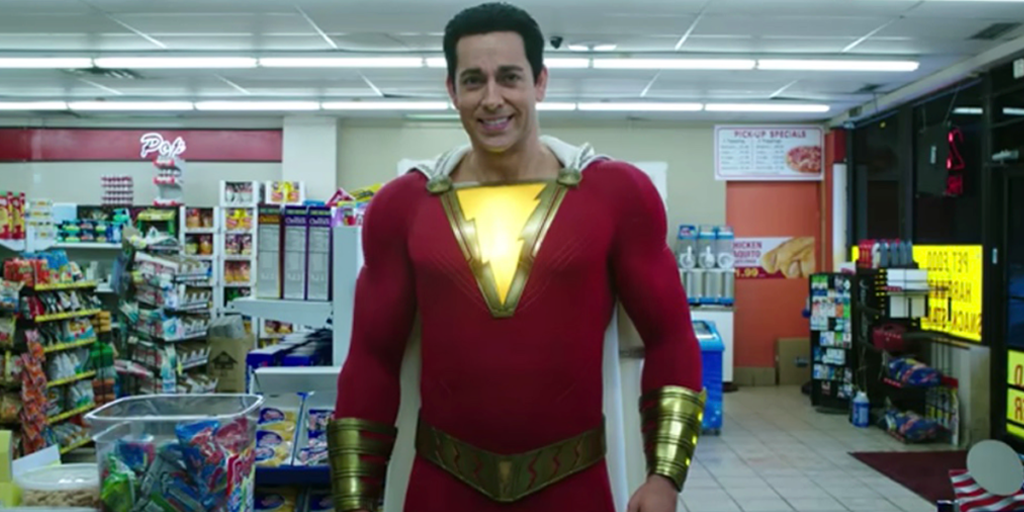 Shazam! is easily one of the, if not ‘the’, best movies in the entire DCEU, and proves that the studio doesn’t necessarily need to refocus on ignoring the world it’s set up (as some fans have argued), it just needs to find a way to tell new stories within that world, with some of the best parts of Shazam! being the numerous references to the events from Man of Steel, Batman v Superman, and Justice League. There is no doubt that Shazam! will be a huge hit, and that the newly debuted Zachary Levi led Shazam family will become a tentpole of the DCEU in the coming years.