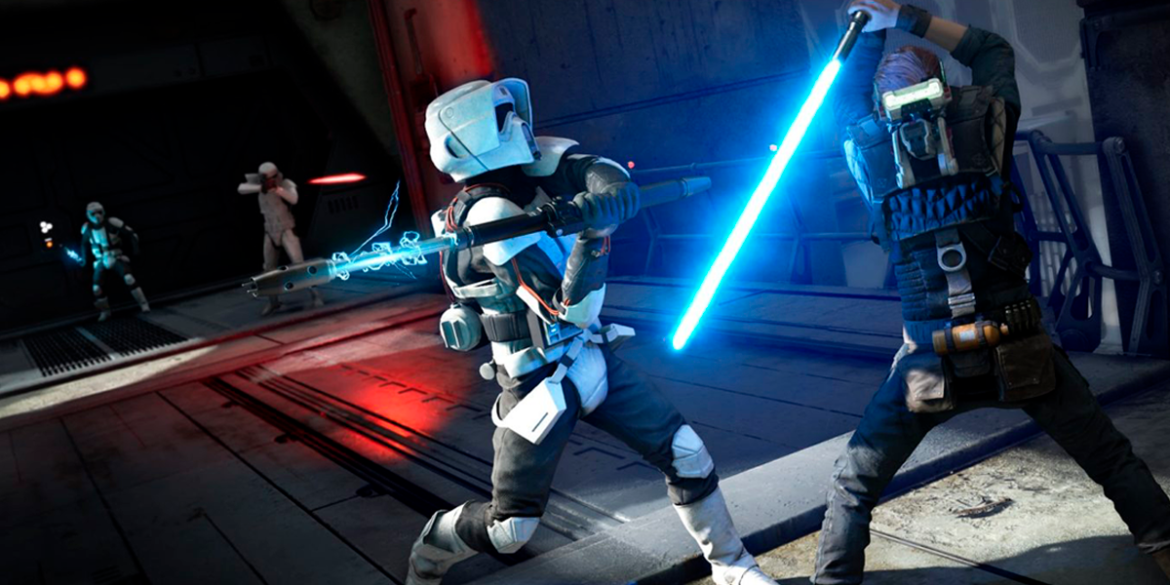 How Star Wars Jedi: Fallen Order is One of the Best Star Wars Stories in Years 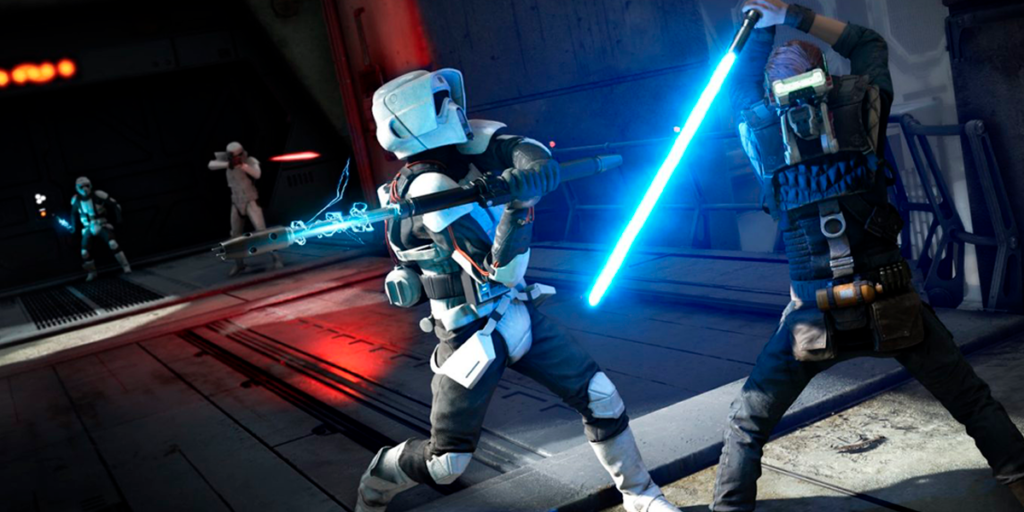 Since acquiring the license to be the sole publisher of any Star Wars games after Disney bought Lucasfilm, EA hasn’t had the best track record. Neither of their rebooted Battlefront games performed exceedingly well critically and the second, which launched in 2017, had a disastrous release (although I’d argue it’s more than worth jumping back in two years on). But Jedi: Fallen Order, which was developed by Respawn Entertainment, is their first real effort at a single-player game with absolutely no sinister microtransactions or multiplayer, instead intended to be a character-driven story-centric addition to the Star Wars universe, and to say it succeeds on that front is an understatement.

In terms of story a Jedi surviving Order 66 is nothing new to the Star Wars franchise, it plays a huge role in Star Wars Rebels, as well as Marvel’s second Darth Vader comic which sees him take control of the Inquisitors, an entire group of fallen Jedi, who hunt down and kill any remnant of the Order. But one of Fallen Order’s many successes is adding a new, very emotional, spin to this kind of story.

The main character Cal Kestis is a Jedi Padawan who survived the Jedi Purge of Order 66, but he hasn’t used the Force for years. Partly out of fear for being discovered but also due to the pain being a Jedi brings him. He notes later in the story that he often dreamed of storming Coruscant with other surviving Jedi, and yet he has spent the five years since Order 66 hiding and refusing to use the Force. 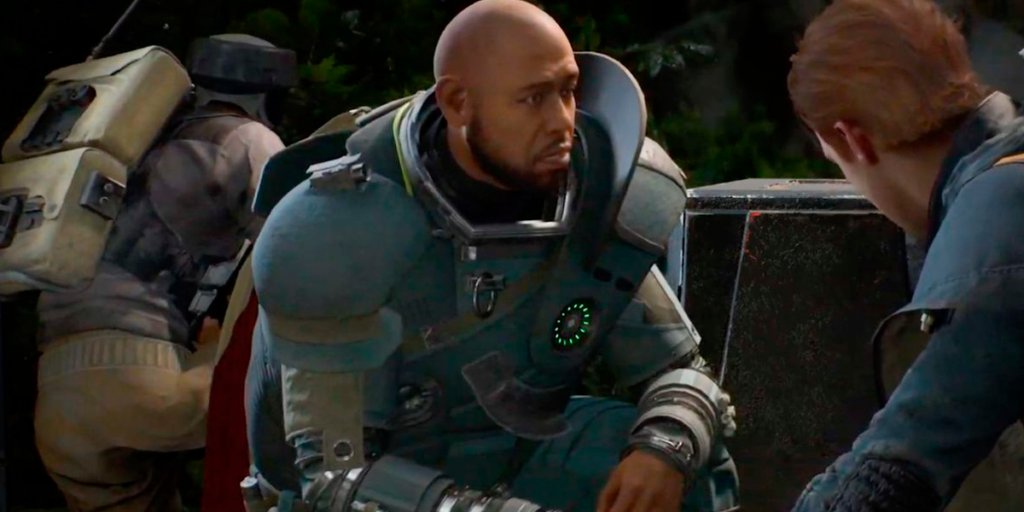 After being discovered on the planet Bracca by Imperial Inquisitors, Cal is rescued by another surviving Jedi, Cere Junda, and the captain of the Mantis Greez Dritus. Cere has completely cut herself off from using the Force, but for a darker reason than Cal. From there the story opens up for Cal to explore the galaxy far, far away or at least certain planets. Along the way, he meets a host of new characters, all of which add up to an extremely well thought out, in-depth, and immersive Star Wars story that digs deep into the lore and arguably rivals some of the live-action films.

To sum up Fallen Order’s gameplay succinctly, it is a ‘Metroidvania’ style game with a Dark Souls inspired style combat system, some cinematic landscape and explorations sequences like Uncharted, all wrapped up in an original Star Wars story.

For those less familiar with those games, the term ‘Metroidvania’ comes from a system popularised by the Metroid and Castlevania games. This genre sees the player unlock new abilities as the game goes on, allowing for them to return to previous locations and access new areas or collectables with the newer abilities.  This, of course, lends itself perfectly to a Star Wars game that sees Cal journey from planet to planet, slowly remembering his Jedi training. 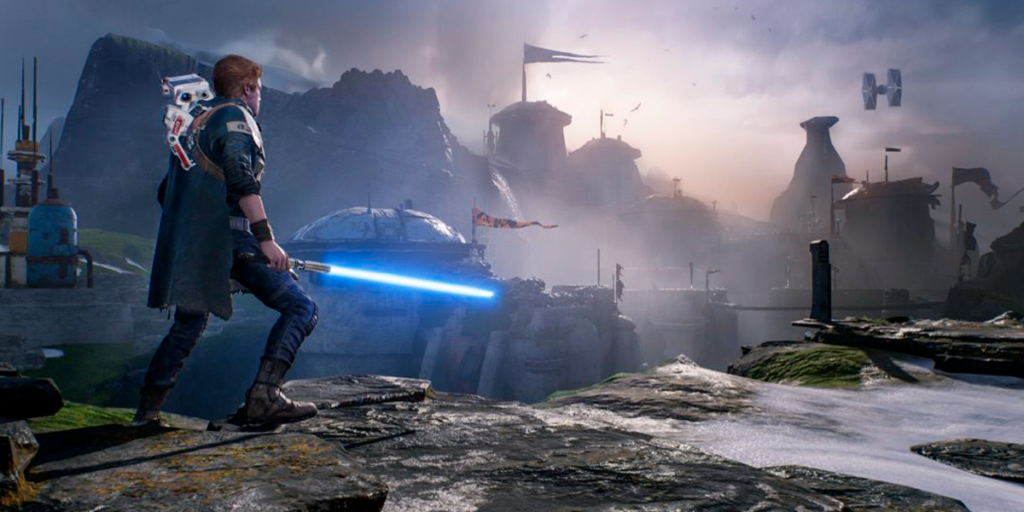 Although much of the areas you can access after unlocking new abilities simply allow Cal and BD to collect new skins or lightsaber parts (all of which have only cosmetic value, which I’d argue is a good thing), there are some extremely useful additions like extra health stems, which become crucial in later boss fights.

The Dark Souls combat comes in the form of a gruelling counter system that requires the player to think through almost every fight and despite being a Jedi carefully consider how you approach and deal with each enemy.

Unlockable abilities include Cal being able to pull and push his enemies around with the Force as well as plenty of others you’d expect in a Star Wars game, but none of them come easy, adding a real sense of accomplishment to earning and using them. I’d also argue that most players won’t end up using all of the movies, instead finding those that work for their style and perfecting their execution rather than experimenting with all of them, but that is the same for most games and the choices on how to play could result in some extremely varied playthroughs. 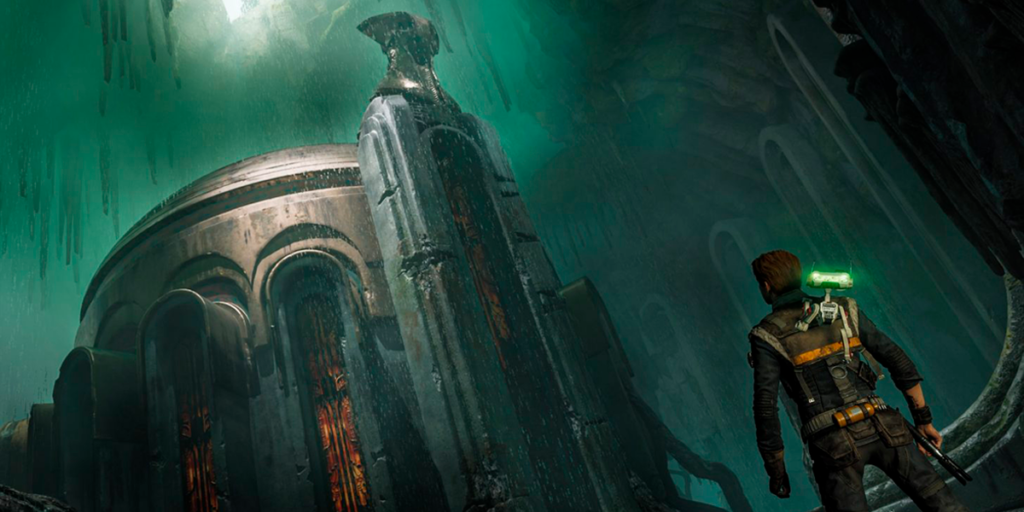 The quality cinematic storytelling and exploration of Naughty Dog’s Uncharted series has been waiting to enter the world of Star Wars for years. Although games of the past have had some great moments and spectacle, not until Fallen Order has the cinematic scale and potential of modern video game storytelling been fully realised.

Cal works his way around a number of open environments, with each planet made up from several smaller loops that you can freely explore – once you’ve unlocked the correct abilities. In a similar manner to Uncharted and recent Tomb Raider games, this explorations comes with plenty of running, jumping, climbing, and puzzle-solving much of which leads to huge cinematic set pieces and camera angles that look great and feel very Star Wars (which is helped thanks to a very authentic score).

On the negative side of things, the game does have a few problems. On top of some tracking issues where you fall off surfaces, some characters hovering above the ground and textures taking a few extra seconds to load there are some design issues too. Several sections of the game involve Cal sliding down ice or mud and the controlling is extremely difficult, resulting in a lot of infuriating deaths. 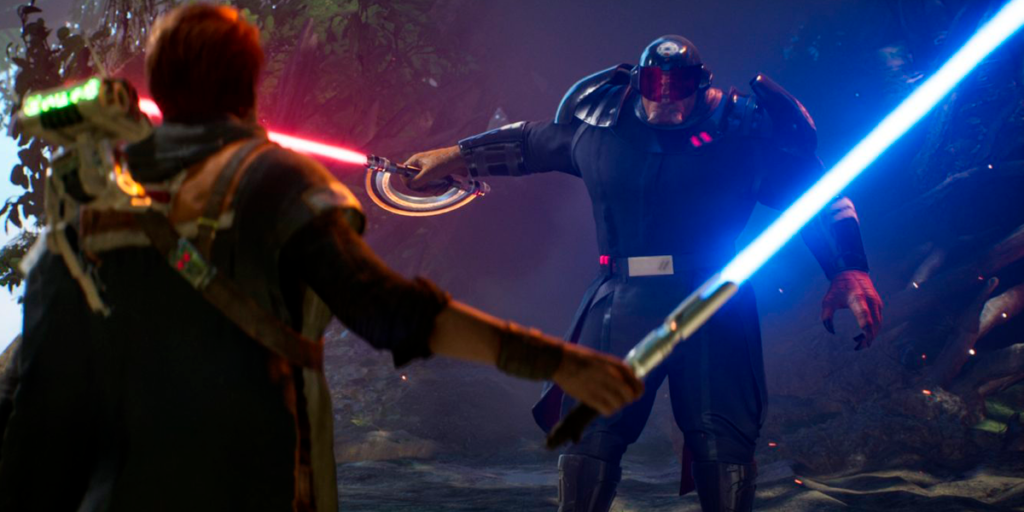 Similarly, although the game encourages exploration certain areas are just dead ends. Dathomir, for example, involves a section where a gate shuts on the player and so a box needs to be moved with the force to jump above the gate, after this you continue through the Nightbrother village and loop back around to an earlier point as in much of the game. But if you go back on yourself there and get to that gate from the inside, there is no way to jump back up to that platform from the other side of the gate, meaning you have to once again turn around. And so for a game that encourages exploration and freedom, there are some frustrating flaws in how it implements it.

Star Wars Jedi: Fallen Order is by no means a perfect video game, with some problems in both gameplay and design, but where it is undeniably (almost) perfect is in telling a Star Wars story. The game allows the player to traverse a beautifully realised version of a galaxy far, far away, whilst building up a number of characters and intertwining them with some solid Star Wars lore, and yet it never feels too much. The game is great for even the most casual Star Wars fans, as it does such a good job at developing its new characters. Overall Fallen Order is the best Star Wars video game in a long time, and hopefully paves the way for many more single-player story-driven games for the franchise. 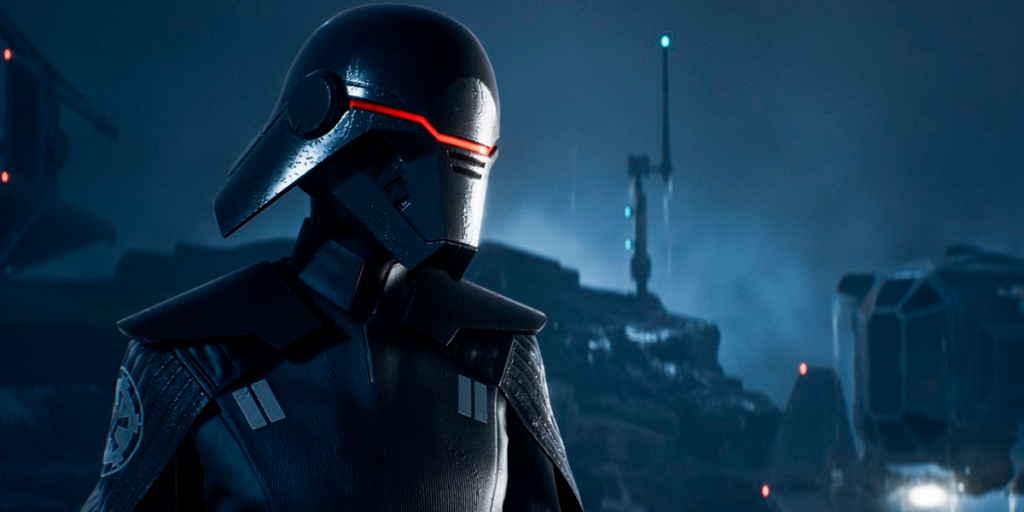