Both Assassin’s Creed IV: Black Flag and Assassin’s Creed: Rogue focus on the idea of freedom. In a literal sense, they are both games that allow the player to explore a large map and traverse the sea as easily as land. But in a more thematic one, they each follow characters looking to achieve a more personal sense of freedom. One game sees Edward Kenway achieve that freedom and gain a sense of purpose through piracy and becoming an Assassin, whereas the other shows the opposite route, with Shay Cormac finding his freedom through leaving the Assassin’s Brotherhood for their enemies; The Templar Order. With that in mind, Assassin’s Creed: The Rebel Collection delivers a fitting sense of freedom, which allows the player to experience two of the long-standing Assassin’s Creed series most interesting stories wherever and whenever they like. 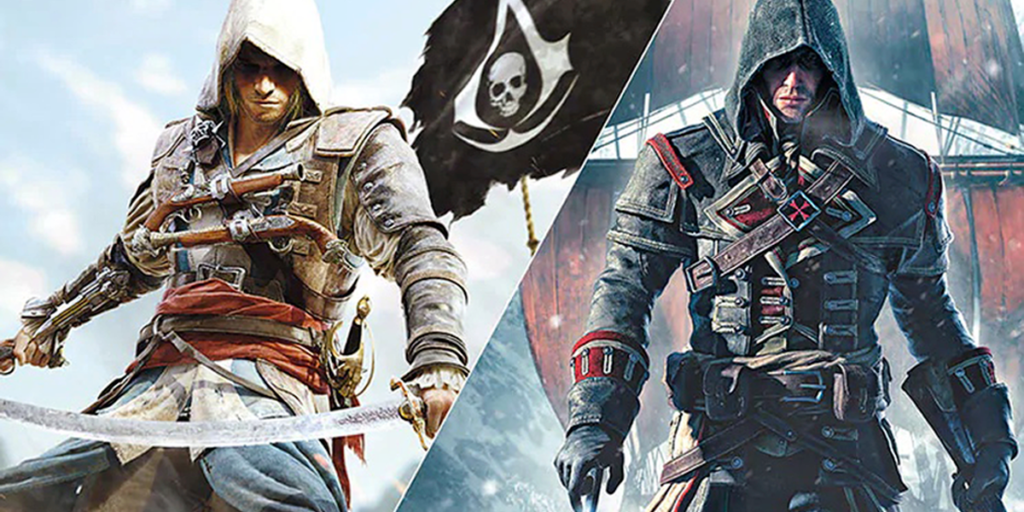 When it was announced that a new version of 2012’s Assassin’s Creed III was coming to the Nintendo Switch in the early part of 2019, it’s fair to say it was unexpected. Upon its initial release the game received a fair amount fo critical success, but in the years since has been overshadowed by it’s more successful predecessors and successors.

Adding to that, Assassin’s Creed III was huge and made up of several large areas. Some were heavily populated with buildings and people, others were large woodland areas for Connor Kenway to explore and hunt in, so it wasn’t the easiest of games to bring over to the Switch, especially compared to something smaller, simpler, and more popular like Assassin’s Creed II.

But the port proved to be a solid version of Assassin’s Creed III, with a slightly adjusted camera angle to suit the Switch’s portable screen. As you’d expect the game doesn’t look as good as recent entries to the Assassin’s Creed franchise like Origins and Odyssey on PlayStation 4 and Xbox One, but felt right at home on the Switch, made even better by being fully portable. 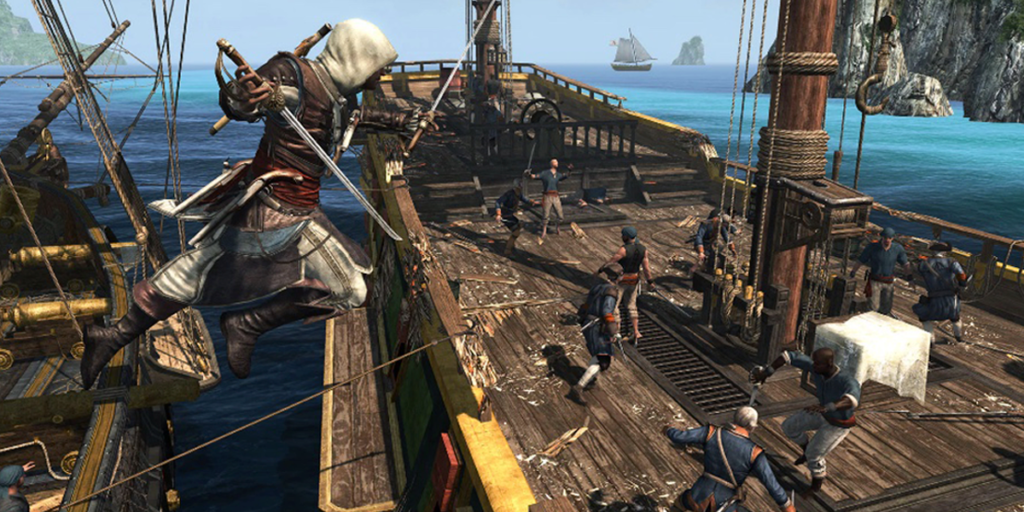 The game also came with a version of Assassin’s Creed: Liberation, originally a PS Vita exclusive title (that was later brought to other consoles), and so overall Assassin’s Creed’s first foray onto the Switch proved to be a great effort.

For many fans, Black Flag is the height of Assassin’s Creed games, at least in terms of that original gameplay style and formula (which has since been overhauled in games like Origins and Odyssey). The game took free running, assassinating, and clever twists on history that the franchise was famous for, and made everything bigger and better. The icing on the cake was combining all of that with pirating in the Caribbean, during the Golden Age of Piracy. 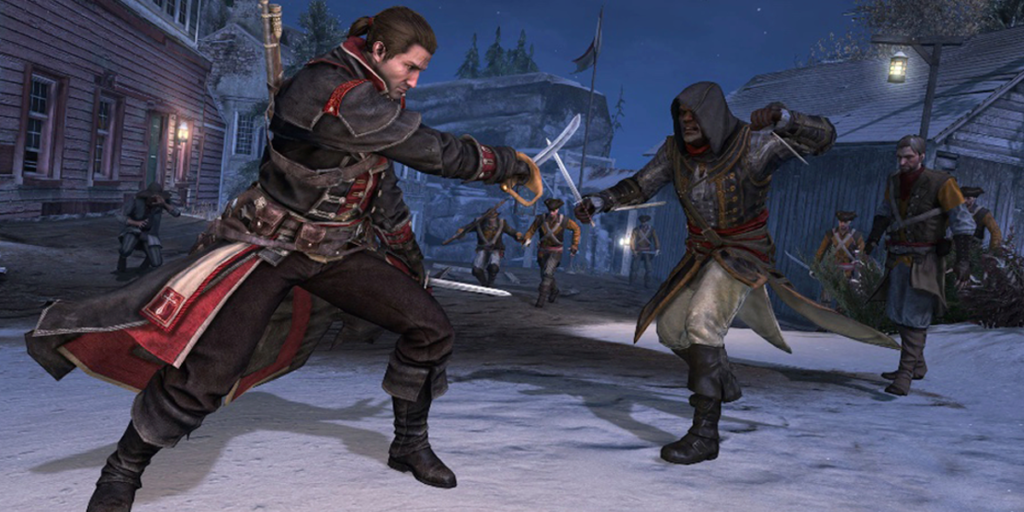 Overall, the game managed to iterate on everything that made the franchise a success, and proved that following the death of Desmond Miles, the series’ main antagonist and vehicle for diving into various points of history, there was still plenty of stories to tell.

The Switch port of Black Flag proves to be just as solid as that of Assassin’s Creed III and Liberation, with an even bigger scope, and a smoother system (with much fewer fades to a bright white screen while animation and environment transitions load, which I think is simply a part of Assassin’s Creed III’s design rather than a technical requirement). The Switch version of the game is more comparable to the simplified PlayStation 3 and Xbox 360 versions than the high-end iteration on PlayStation 4, Xbox One and PC. But there is still something special about having what is for many ‘the’ Assassin’s Creed game, on a system that lets you alternate between playing on your tv screen, or on the go. This sense of real-world freedom emphasises the game’s messages on the subject, which it explores through a variety of characters like Edward and his quest to escape poverty and become his own man, as well as the freed slave Adewale.

A lot of what makes The Rebel Collection great would stand if this game were simply a new release of Black Flag, but The Rebel Collection comes with Assassin’s Creed: Rogue as well. Rouge is notable for several reasons, that include it often being overlooked or forgotten as it was released at the same time as Black Flag in 2014, but only on PlayStation 3 and Xbox 360 (whereas Black Flag was on PlayStation 4 and Xbox One as well). 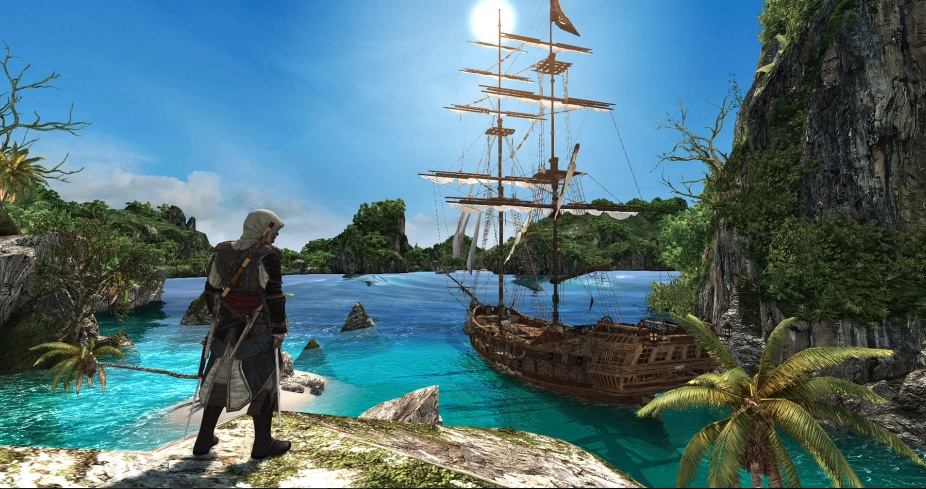 Admittedly a large part of why it is so overshadowed by Black Flag is that it is essentially a smaller simplified version with a different story. But where it isn’t the most original in terms of gameplay, (something which is emphasised even more when bundled alongside Black Flag) it does provide an extremely interesting story set within the world of Assassin’s Creed.

Rogue follows Shay Cormac, a former member of the brotherhood of Assassin’s and now an Assassin hunting Templar, contrasting heavily with most games in the series which are primarily focussed on Assassin’s being the good guys. In terms of the time period, the game is set around the same era as Assassin’s Creed III, and as such includes characters from both Assassin’s Creed III and Black Flag. It also leads right up to the next main game in the franchise, Assassins Creed Unity.

The game uses assets and areas from both Assassin’s Creed III and Black Flag, and so it’s arrival on Switch makes a lot of sense. Thankfully it isn’t a simple port with already created models and locations and instead proves just as good of a way to play the game as any other. Adding in Rogue makes the price tag for The Rebel Collection even more worthwhile, especially for those who missed the game the first time around (or it’s subsequent rerelease on PlayStation 4 and Xbox One in 2018). Like with Black Flag, the undertones of the game, Shay’s frustrations with the Assassin’s and desire for freedom from them is enhanced by being able to play the game on the Switches portable screen. 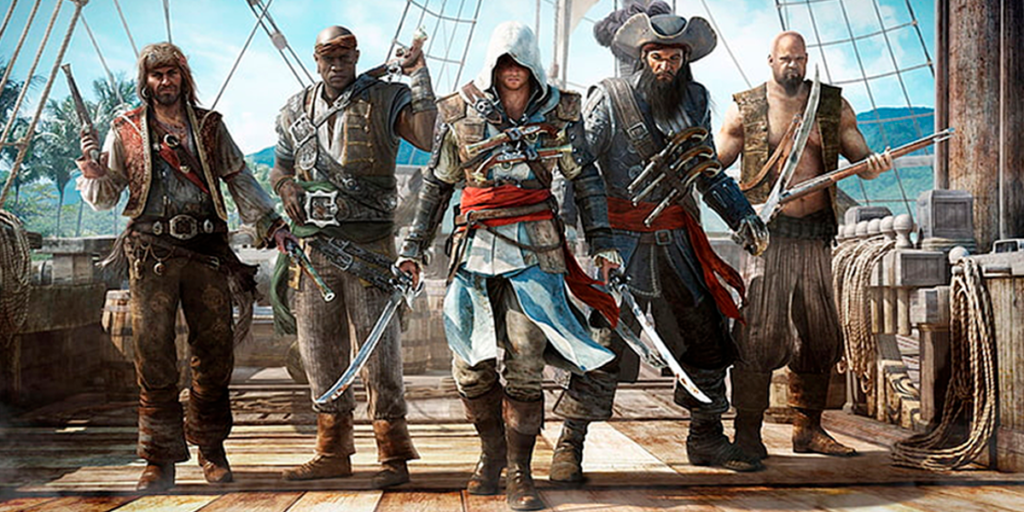 Ultimately Assassin’s Creed: The Rebel Collection provides a great new way of playing through two of the franchises best games. Although putting them together does highlight the similarities between the two, I’d argue the slight variations between them (such as forward-facing cannons and destructible icebergs in Rogue) make the two titles play differently enough so that each has their own identity. It’s also worth noting that the system used for Black Flag was the pinnacle of Assassin’s Creed and so more of that, with a different setting and story, is hardly a bad thing. Overall the literal sense of freedom the Switch brings adds an extra level of immersion to the themes of freedom that both games explore, totalling to another great Switch port that hopefully leads to even more in the future.

For more on the Assassin’s Creed: The Rebel Collection see the announcement trailer HERE 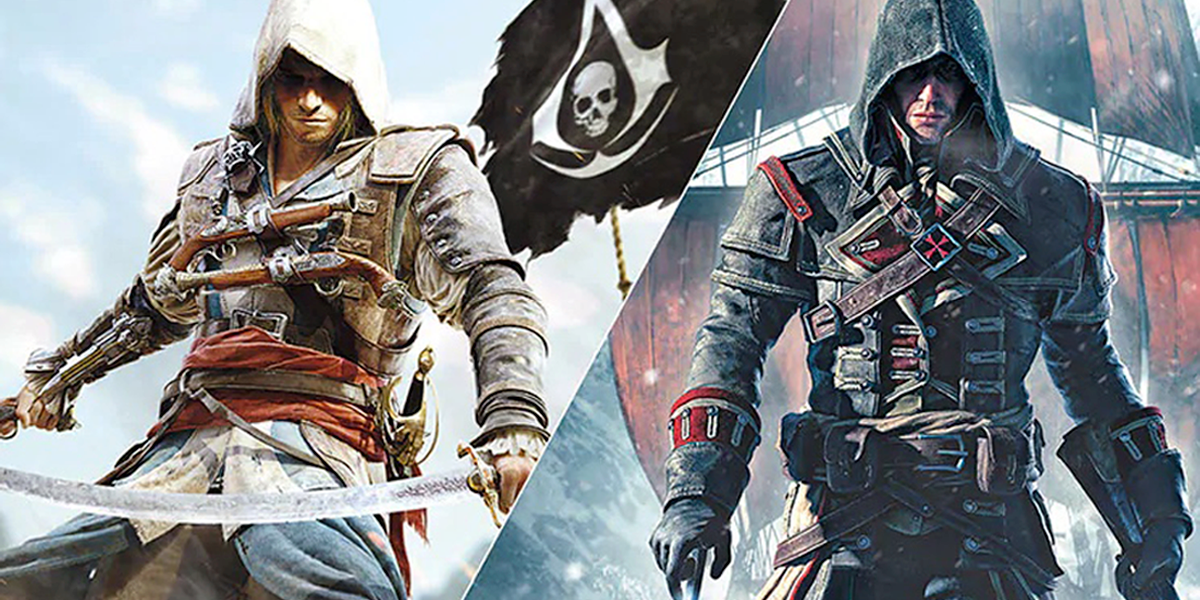 How Assassin’s Creed: The Rebel Collection Delivers a Fitting Sense of Freedom

December 19, 2019
Previous articleHow Star Wars Jedi Fallen Order Shows There is More to the Force than Just Light and Dark
Next articleStar Wars: The Rise of Skywalker’s Best Easter Eggs, References, and Cameos