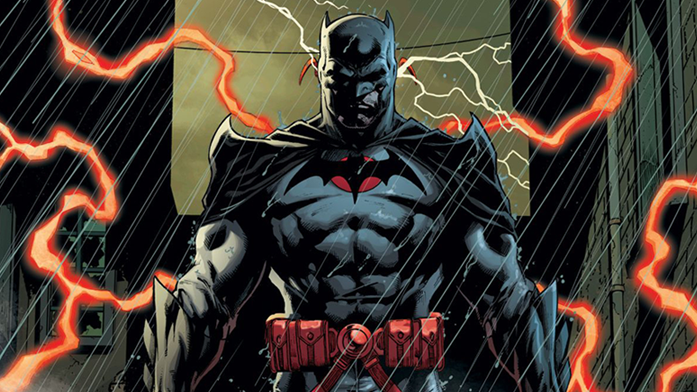 Time travel and universe altering events are a pretty common trope in comic books, and in recent years full universe resets have become an almost annual occurrence amongst the bigger comic book publishers. Although universe resetting, which leads to a huge sales boost and a clear jumping on point for new fans, as well as a great excuse for creative shifts, is hardly a new thing the regularity of them clearly increased following DC’s 2011 Flashpoint (which led to the first complete reboot of the DC Universe in a number of years). 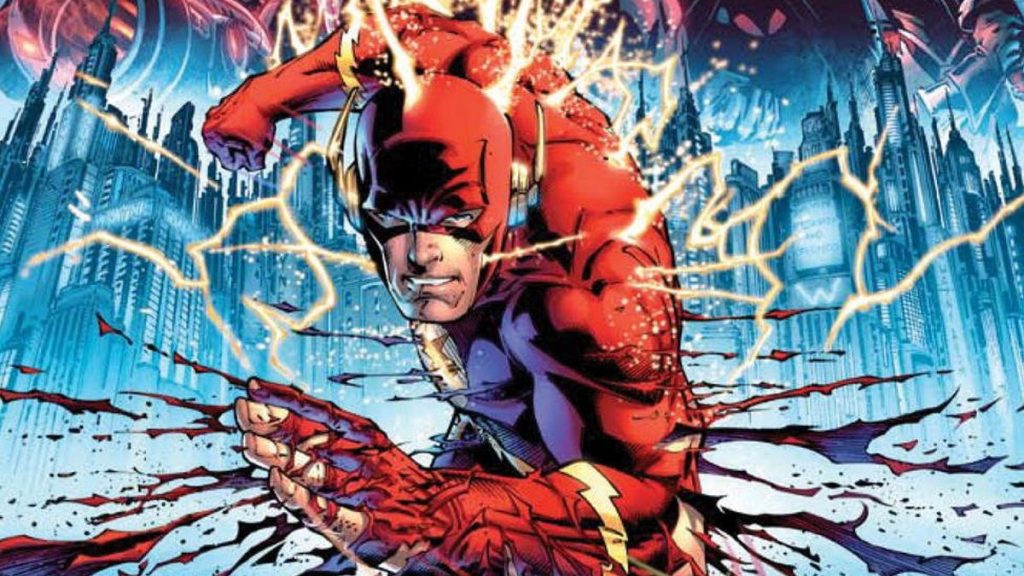 Flashpoint itself is almost an ‘elseworlds’ style story that focusses on a series of ‘what if’ scenarios all piled together. We see an even darker and openly murderous Batman, a world that has never met Superman, and one where Wonder Woman and Aquaman are at War, in short the Flashpoint universe is a pretty grim place.

Often in comics large reality altering events come down to the scheming of some sinister villain, in Flashpoint however we discover that the huge shifts in what ‘should be’ are the result of Barry Allen (The Flash) going back in time and meddling with the past.

The storyline has gone on to become hugely popular, even being adapted into a great animated movie in 2013’s The Flashpoint Paradox, acting as the basis for the beginning of Season 3 of the Flash (and some slightly bigger consequences for the Arrowverse as a whole), and looks to be the general storyline that the DCEU’s upcoming Flash movie will adapt.

Although each adaption has changed things here and there, the general premise remains and it’s a great showcase of a wide variety of alternate DC hero and villains, as well as the relationships between Batman and the Flash, and more importantly the relationship they have/had with their parents. 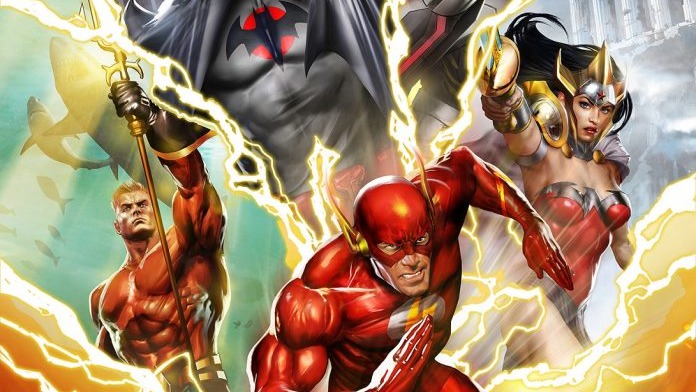 Flashpoint kicks off with Barry Allen waking up to find everything in his world is wrong; his mother is still alive, his father only recently passed (from a heart attack, rather than in prison), Captain Cold is the hero of Star City, and no one knows who the Flash is. As the icing on the cake, Barry realises he has no powers at all, and so goes to the one place he hopes will have some answers; the batcave.

Once there Barry discovers a familiar and yet totally different cave, only to be quickly confronted by a much more sinister and violent dark knight than the Bruce Wayne he knows. We learn that this Batman is actually the much older Thomas Wayne, and that in the Flashpoint universe, it was Bruce who was shot in crime alley, resulting in Thomas taking on the mantle of the batman (and Martha becoming his version of the Joker – which we see more of in the solo Batman ‘world of Flashpoint’ books).

Thomas is a much more cynical dark knight who openly uses guns, murders, and point blank refuses to join the Cyborg led justice league. The only thing that brings him to help Barry is hearing that in the ‘real’ world it was Bruce who lived. After Barry’s memories change and he begins to remember things that happened in this reality (whilst starting to forget his original ones) the two set up an experiment aimed at recreating Barry’s accident (and thus giving him access to the speed force). Although it doesn’t work at first, the second attempt does, and soon enough Barry is back as the Flash.

By this point we’ve learnt that Aquaman and Wonder Woman are at war (following their affair and Wonder Woman’s murder of Aquaman’s wife Mera), and that in the Atlantean vs Amazon war most of Europe has been submerged into the sea. Barry decides (after finding Reverse Flash’s costume in his Flash ring) that Eobard Thawne is responsible for this alternate world, and that his intent was to alter events so that the Justice League was never formed. Barry also discovers that this worlds Superman was taken by the US government when he landed on Earth and has been kept as an experiment ever since, when they find him he is extremely weak and having never been exposed to the Earth’s yellow sun hasn’t developed any of his powers yet.

During Cyborg, Batman, and The Flash’s rescue attempt of Kal-El, the alternate Superman looses control of his powers and flies away from the battle, abandoning his would-be rescuers, only for them to be rescued by Element Woman. As the US enters the Atlantean/Amazonian war (after Cyborg failed to rally the worlds superheroes in time) the first casualty is Air Force Pilot Hal Jordan, who in the regular DC Universe, is one of Earth’s Green Lantern’s.

The growing band of heroes look for Billy Batson and the Marvel family for help from Shazam (or ‘Captain Thunder’ who is now made up of the entire family rather than just billy). Eventually Flash convinces Batman to join the superhero team, and they head to England in an attempt to stop the war.

Upon their arrival however, Enchantress (who had also joined up to help) outs herself as a Themysciran spy, turns Captain Thunder back into the his mortal form. Quickly after the now mortal Billy Batson is killed and a huge explosion of lightning follows.

The Reverse Flash arrives, and reveals that this version of reality was not his own doing, but the result of Barry going back in time and saving his mothers life. In doing so Barry altered the lives of his closest allies and created the Flashpoint universe. 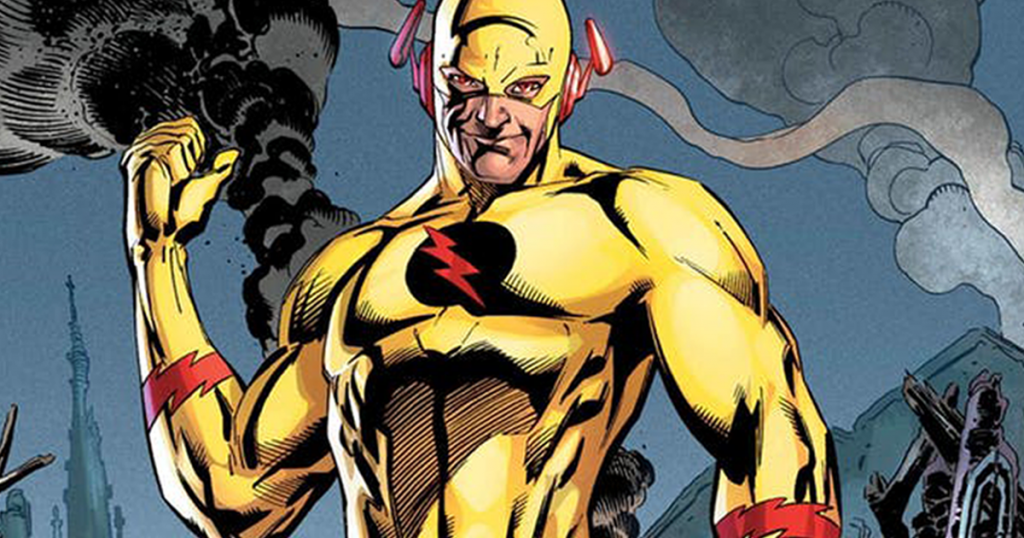 Before Thawne can murder Barry, Batman intervenes and kills Thawne first, then Superman arrives and helps the heroes turn the battle in their favour, but not before Cyborg detects some seismic activity and a huge tidal wave heads for the shore (which will apparently go on to almost destroy the Earth, all fitting into Aquaman’s plan). As Barry finally decides to go back in time and stop himself from saving his mother the Thomas Wayne Batman gives him a letter for Bruce and Barry goes to say goodbye to his mother.

Whilst merging with his past self and stoping his mistake Barry sees three versions of Earth (the DC Universe, the Vertigo version of earth, and Windstorm’s reality) a mysterious figure explains that the world was split into three to weaken it, but that it must now come together to face an impending threat.

Once back in what Barry assumes is his world (in a sequence that mirrors the beginning of Flashpoint) he gives the letter to Bruce, and Flashpoint ends as Bruce reads the letter form his father, and thanks Barry. What Barry didn’t realise is that roughly ten years had been taken form this version of the DC Universe and it had been reset and shifted, with many of the heroes (and villains) origin’s or backstories being altered (leading into the rebooted universe, the New 52). 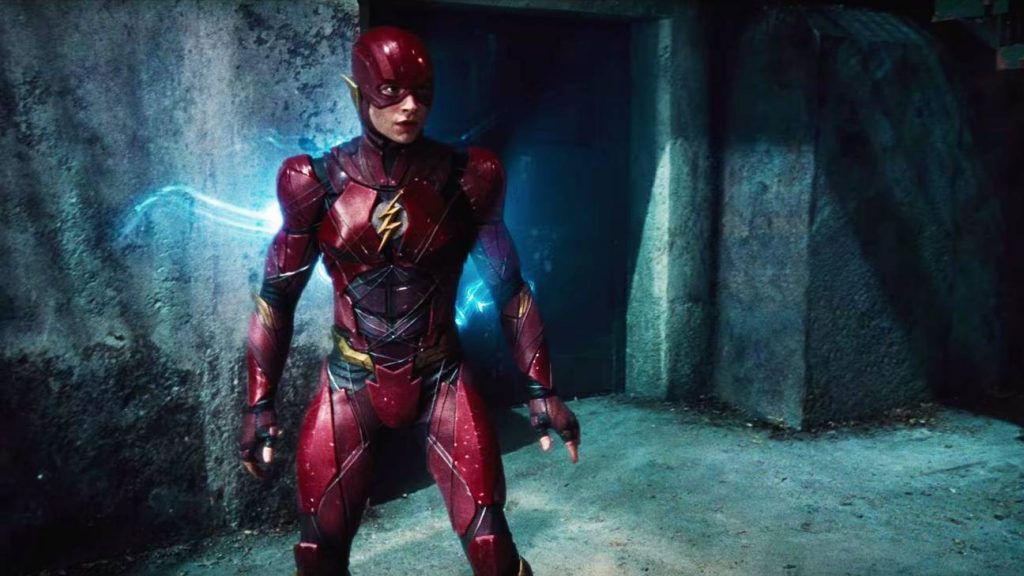 The Flashpoint universe has gone on to become a hugely popular arc, that not only showcased a vastly different version of the DC Universe (with the various companion books adding to a pretty detailed exploration of this alternate world), but also reset the entire DCU, which in turn led to the New 52. The Flashpoint Thomas Wayne, even returned in both the Convergence arc and ‘The Button’ storyline which looks to answer some mysteries about the ongoing Rebirth storyline (DC’s latest, and probably most successful reboot since Flashpoint). How exactly the storyline will be adapted into the upcoming DCEU movie is yet to be seen, but one thing that is clear is how influential Flashpoint still is.