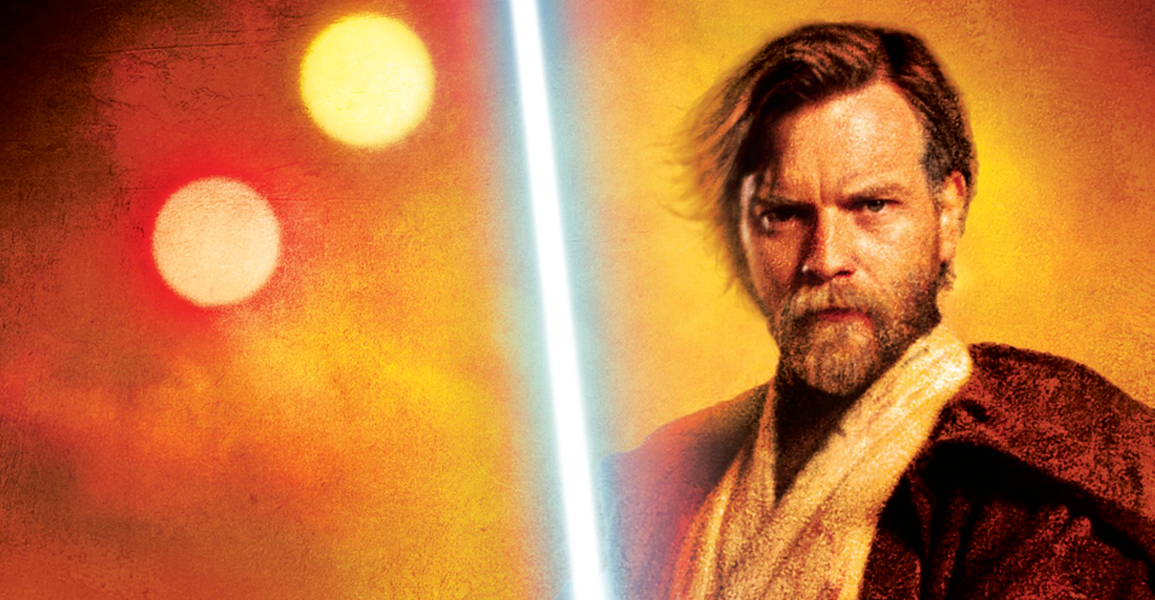 With Disney finally confirming the much-rumoured return of Ewan McGregor’s live-action Obi-Wan Kenobi for a Disney + show that looks to be primarily set in-between Revenge of the Sith and A New Hope (around eight years after Revenge of the Sith), fans will be able to see what Obi-Wan was up to in that nearly twenty-year gap between the two movies, other than coming up with the genius alias of ‘Ben Kenobi’. In the former canon, now known as the ‘Legends’ timeline throughout his years in exile, and whilst watching over Luke from afar, Obi-Wan managed to fit in several adventures that saw him encounter several surviving Jedi, including former Padawan Ferus Olin, go up against Boba Fett, and of course take on plenty of Tusken Raiders and Jabba thugs. But in the new Disney canon, his in-between episode antics are a little less defined, although there are some things we definitely know thanks to the ongoing Star Wars comic, some novels and a very important scene in Star Wars Rebels. In our ‘Everything We Know About Obi-Wan Kenobi Between Episodes III and IV’ we take a look at what the Jedi master was doing in the nineteen years whilst Luke was with his Uncle Owen and Aunt Beru, and when Leia was on Alderaan.

One thing we know Obi-Wan went on to do, which was hinted at during the closing scenes of Episode III, is communicate with the force spirit of his old master Qui-Gon Jinn. We see in the 2016 novel ‘Ahsoka’ which follows Ahsoka Tano, Anakin Skywalker’s former apprentice, that Qui-Gon’s spirit has helped Obi-Wan to let go of his attachments, feelings of regret towards Anakin’s fate and better focus on protecting Luke.

Jumping to things we’ve learned from the Marvel published ongoing Star Wars comic, that launched in 2015 (with one of the biggest selling comics of all time), we see in several issues that Obi-Wan, or at this point ‘Ben’, kept a number of journals. These journals chronicled his adventures over the years, as well as some of his interactions with a younger Luke and Luke’s Uncle, Owen Lars. The primary purpose of these Journals was that Luke eventually find them, and hopefully learn something from them. 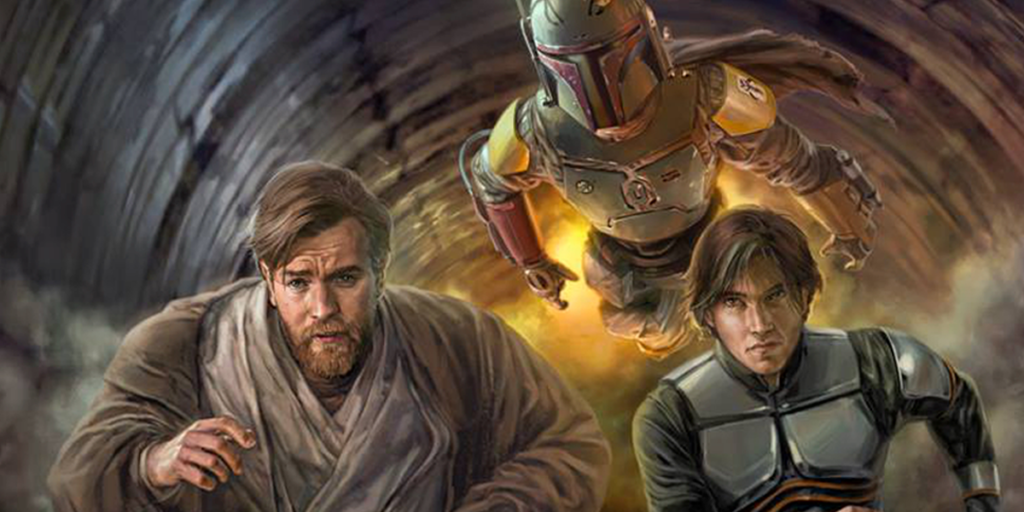 Luke first finds the Journals in Star Wars #6 after a fight with Boba Fett. He then reads (in Star Wars #7) about Obi-Wan’s struggles in suppressing his instincts to help others, whilst trying to keep his identity a secret, as well as his desire to train Luke, (and Owen’s refusal to allow him to do so). Luke learns that Obi-Wan intervened when he had to, and even saved a young Luke from some of Jabba the Hutt’s thugs, during a lethal drought on Tatooine. All without using his lightsaber so that he could avoid being recognised as a Jedi.

We then see, in another Journal excerpt (seen in Star Wars #15), that one year after the drought Obi-Wan still watches over Luke carefully. As he sees Luke flying through the deserts of Tatooine in a small ship he worries that Luke is too much like his father Anakin. Luke ends up destroying his ship, and Owen refuses to let him race to earn the money to pay for replacements. So instead Obi-Wan takes a job as a Jawa bodyguard and fights off some Tusken Raiders. He seemingly works in exchange for spare parts form the Jawa’s, anonymously sending Luke the replacement parts he needs.

Luke mistakes the gesture as an apology from Uncle Owen for being so harsh on him. Owen instead realises what has happened and goes to see Obi-Wan, angrily dropping the parts at his feet and complaining at Obi-Wan for protecting the Skywalker/Lars household over the years (making himself out to be a really pleasant guy… lucky Beru).

Ultimately however Owen’s claim that danger follows Obi-Wan was proven correct, and his fighting off the thugs during the drought eventually leads to even more trouble. Over a year later Jabba is still intent on finding the person who defeated his men, and so hires an infamous Wookie bounty hunter named Black Krrsantan to track them down.

In Star Wars #20 Krrsantan realises that whoever fought off Jabba’s men was likely protecting the Lars farm, and so he takes Owen and tortures him until Obi-Wan arrives. Meanwhile, a young Luke who was attempting to run away returned to the farm after sensing danger. As Obi-Wan and Krrsantan fight, Owen tries to help but is thrown from a clifftop. As Obi-Wan struggles against the Wookie Owen falls but is saved by Luke in his repaired ship. 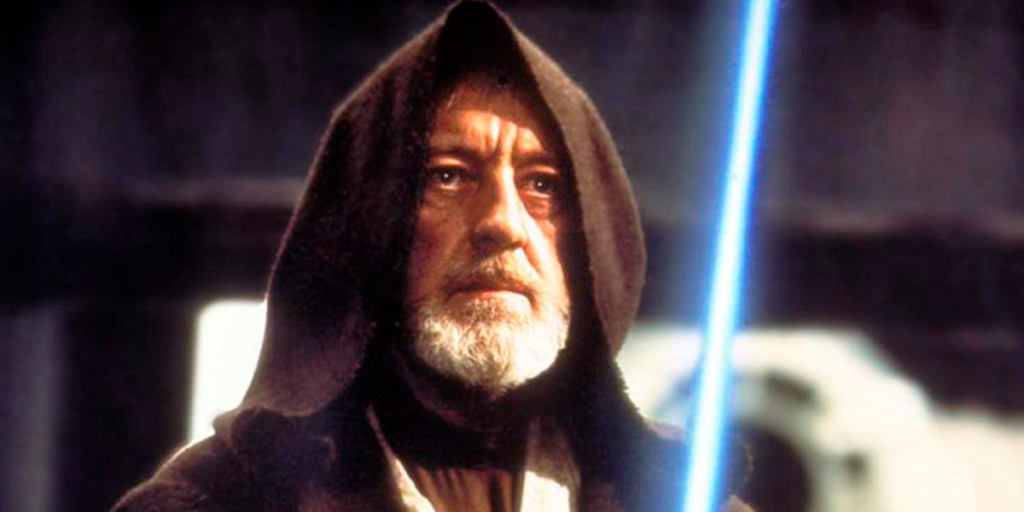 But one of the biggest moments for Old Ben comes in the Season 3 episode of Star Wars: Rebels “Twin Suns”. The episode, which is set around two years before A New Hope, sees the culmination of a lot of the show so far, where Maul (formerly ‘Darth’), who was resurrected, or at least discovered and brought back to health during the Clone Wars, has been scheming to force Ezra Bridger into tracking down his old enemy Obi-Wan. His plan succeeds and Ezra realises only too late that Maul is coming for Obi-Wan, and warns him.

Maul arrives and mocks his old foe, but deduces that Obi-Wan is there to protect someone. Whereas Obi-Wan seemed somewhat calm before this revelation, as soon as Maul realises this, he clearly hits a nerve and Obi-Wan ignites his lightsaber.

After assuming his regular fighting stance, Obi-Wan shifts and mirrors Qui-Gon Jinn’s fighting style from the fight in which Maul killed Obi-Wan’s master decades earlier. After a brief exchange where Obi-Wan deflects two of Maul’s attacks Obi-Wan calmly takes out Maul in one clean strike. Simultaneously avenging his master’s death, and the murder of his love Duchess Sateen of Mandalore (another move by Maul during the Clone Wars simply to hurt Obi-Wan).

As Maul dies in Obi-Wan’s arms, Maul asks if the real reason for his seclusion on Tatooine is to protect the fabled ‘chosen one’. Obi-Wan confirms it is to Maul (at this point seemingly believing Luke must fulfil the prophecy rather than Anakin), and Maul’s final words are that the chosen one will avenge both himself and Obi-Wan (watch the full scene HERE on Disney XD’s YouTube Channel).

We then see in the ‘Time of Death’ short story, where Obi-Wan has a number of flashbacks to different points in his life during his final fight with Darth Vader on the Death Star, that he remembers Darth Maul’s burning pyre, implying that after his death Obi-Wan burned his old foe in a similar way to Qui-Gon, and later Darth Vader himself.

Whether the Obi-Wan series will show a reclusive Obi-Wan who never leaves Tatooine and simply helps Luke from afar, or it gives a whole new and more typical Star Wars adventure where Obi-Wan leaves Tatooine as we saw with the original Expanded Universe and perhaps brings in Darth Maul (rounding out some of his storyline after his brief appearance in Solo), is yet to be seen, but the fact that Ewan McGregor is back, the first actor from the prequels to make a return, seems to show that the series is headed in the right direction.