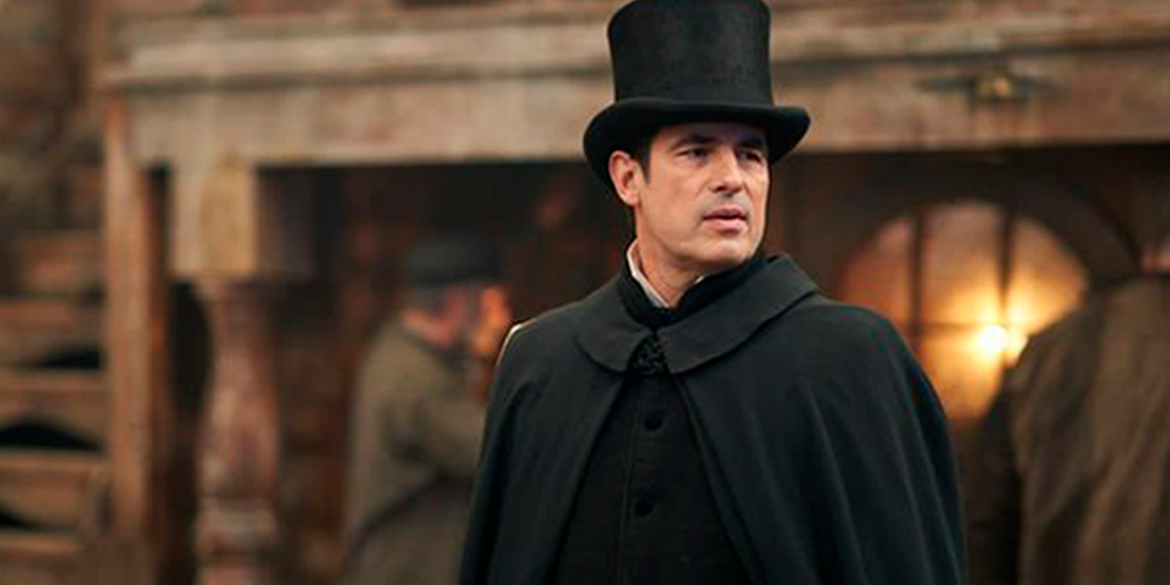 As a character with more on-screen adaptions than anyone could brandish a crucifix at, Count Dracula’s latest incarnation comes from a BBC and Netflix co-production helmed by Sherlock co-creators Steven Moffatt and Mark Gatiss. The show modernises the story of Dracula both thematically and literally and is filled with all kinds of nods to past adoptions, and other famous monsters in Dracula’s Best Easter Eggs and References we take a look at it’s best. 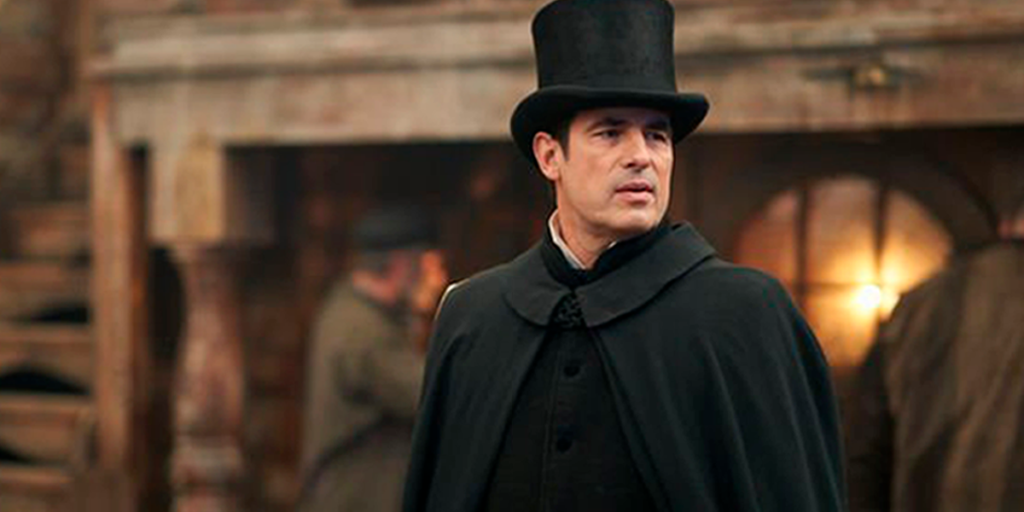 There are only so many real-world places that have the correct look and feel for Castle Dracula, resulting in numerous elaborate movie sets being designed for previous adaptations. For the latest incarnation, the Count revisits the castle that acted as his home in Nosferatu, in the film of the same from 1947. Nosferatu resulted in a significant amount of controversy upon its release, plainly being an adaption of Dracula but without the correct licensing the Stoker family sued the production and all copies were ordered to be destroyed (although some survived). The castle used is Sokovia’s, Orava Castle. 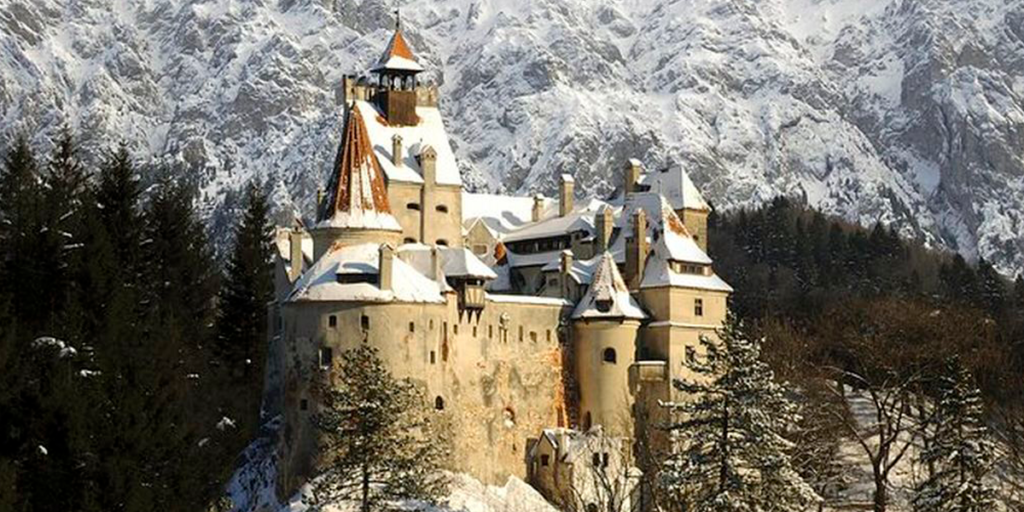 In what may be Dracula’s most intricate easter egg, the early scenes feature a very clever reference to Doctor Who. Whilst Johnathon Harker is reading a letter from his fiancée Mina Murray she playfully lists a number of people who may be interested in her should Johnathon stray whilst on his travels. She mentions an “adorable waitress” at the Rose and Crown. Doctor Who fans will recognise the Rose and Crown from the 2012 Christmas Special, The Snowmen.

Set in Victorian London, which would line up with Mina’s letter in Dracula, the Christmas Special shows one of Clara Oswalda’s many lives, this time as a part-time governess, and a barmaid at the Rose and Crown. This is one of the first examples of Moffatt referencing his own work in Dracula, as he was Doctor Who’s showrunner at the time of the episode, and totals to one of his most intricate yet. The Snowmen also features a reference to drinking blood with a line from Madame Vastra stating that “There are two refreshments in your world the colour of red wine. This… is not red wine”. 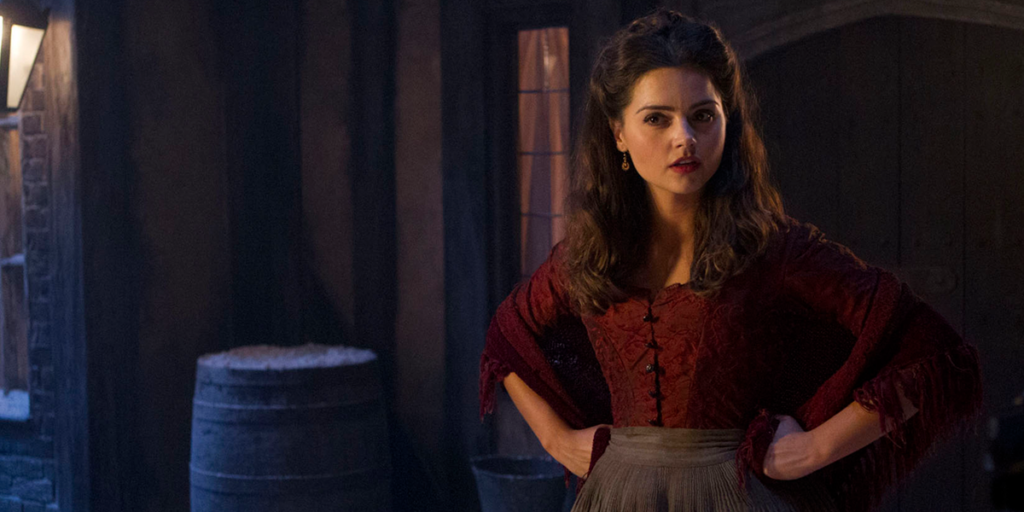 An actor of several iconic roles, Christopher Lee’s most recognisable is undoubtedly Dracula, whom he starred as in numerous Hammer Horror films from the 1950s onwards. Lee’s take on the Count remains one of the most influential, and as such gets a number of homages in 2020’s adaptation.

As Dracula is leeching the life from Johnathon Harker, slowing regaining his youthful looks, his complexion, receding hairline, and mannerisms are extremely reminiscent of Lee’s Dracula. The hints turn into a fully blown homage as Dracula closes in on Harker, heading straight for the camera, fangs exposed, as the frame focusses on the vampire’s face surround by nothing but darkness, just as it did with Christopher Lee’s Dracula. 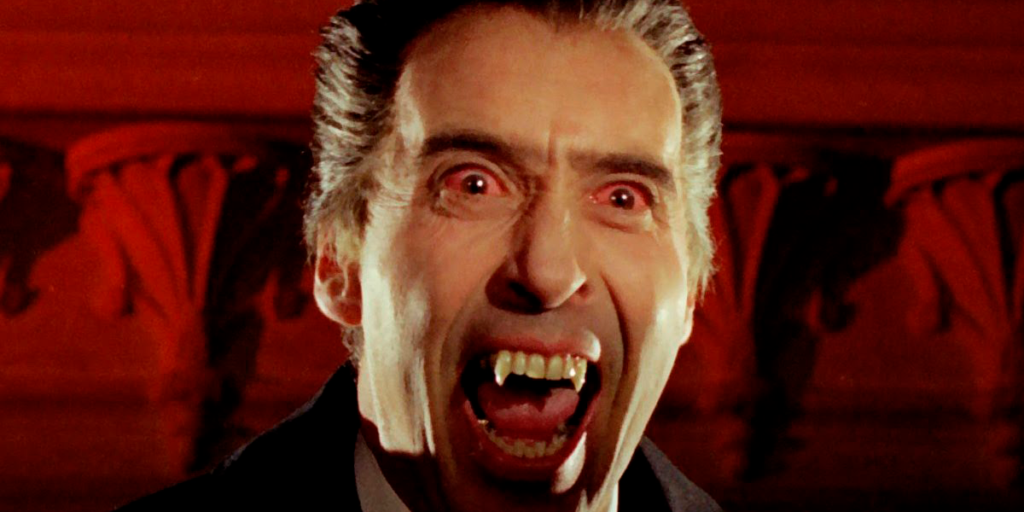 Castle Dracula is filled with some amazing details and nods to past adaptations. The production designer Richard Wells has pointed out plenty on Twitter, with one of the best being various versions of House Dracula’s Coat of Arms. One version is a nod to the Coat of Arms from Christopher Lee’s debut in 1958’s Dracula. 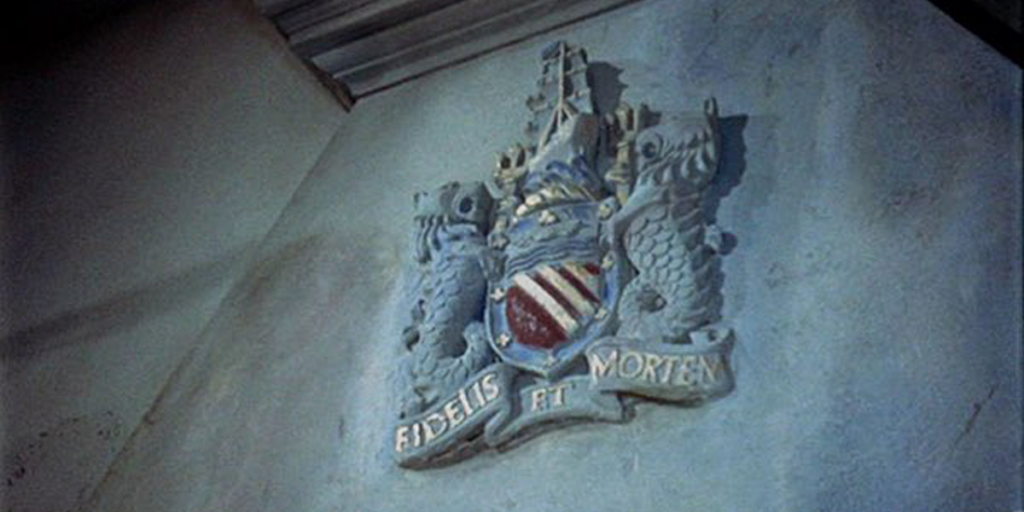 When Harker first arrives at Castle Dracula the Count mentions that he doesn’t drink, a line accompanied by a foreboding glance. Later, as Harker begins to unravel, the Count makes no effort to hide sipping a dark red liquid from a wine glass. When Harker questions this Dracula counters that he doesn’t “drink… wine”, echoing the famous line from 1931’s Dracula, starring Bela Lugosi. 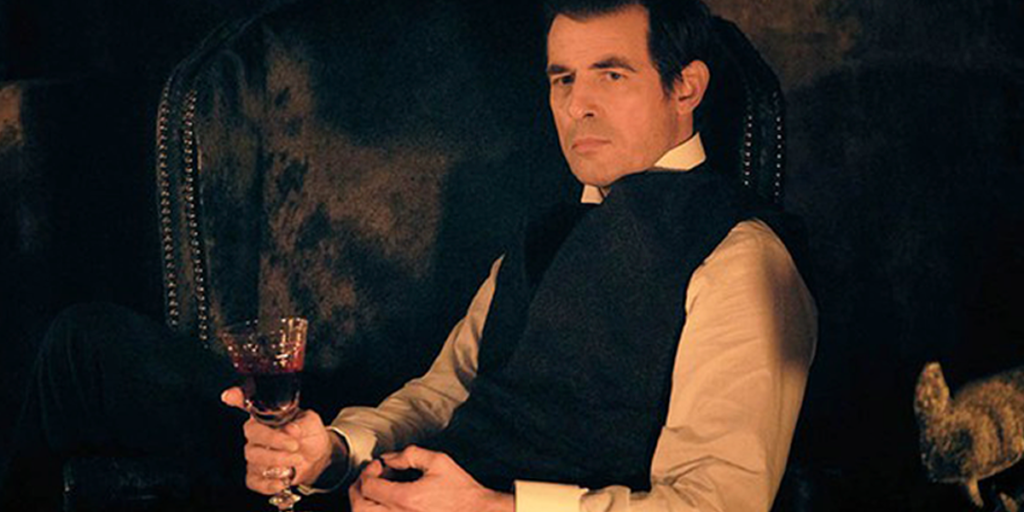 Interview With a Vampire

Much of the first two episodes focus on a vampire recalling events whilst being interviewed, in both cases by Agatha Van Helsing, resulting in a very ‘interview with a vampire’ feel to the latest adaption of Dracula.

The 1994 adaption of Anne Rice’s novel had an all-star cast of vampires led by Tom Cruise and Brad Pitt and was a huge hit that played a large role in reigniting audience interest in the vampire genre. The film shows Brad Pitt’s Louis de Pointe du Lac retelling his life as a vampire to Christian Slater’s Daniel Molloy, and in a similar way, the first episode of Dracula shows Harker recalls his time at Castle Dracula, whereas the second episode shows a fascinating chess game between Dracula and Van Helsing, whilst they slowly analyse each other (or so Van Helsing believes). 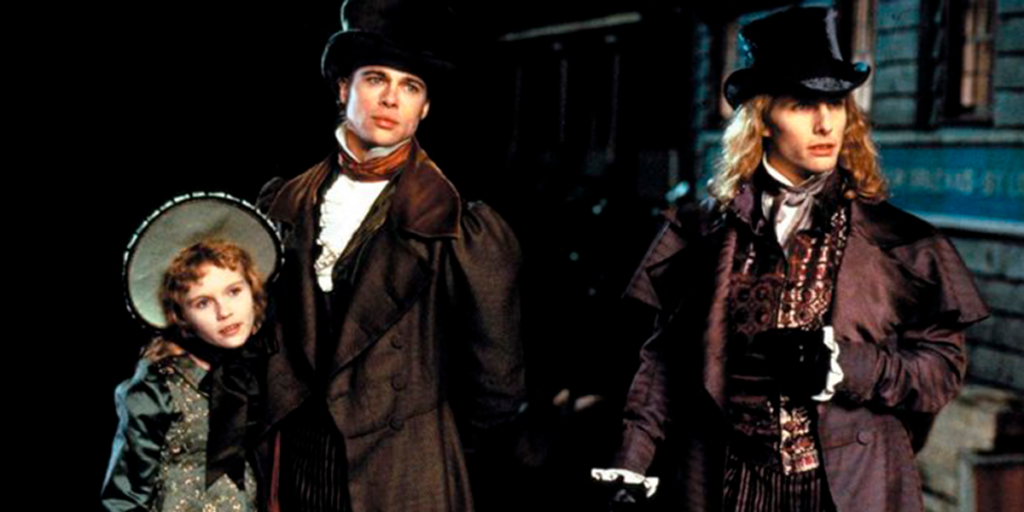 A Detective in London

As the first episode draws to a close, Harker’s unfortunate status as a newly created un-dead is confirmed as he is reunited with his fiancée Mina. The disillusioned nun Agatha Van Helsing explains how she was able to contact Mina, “Having established your identity, it was not difficult to trace you back to England and find your worried fiancée. I have a detective acquaintance in London”.

The nod to London’s most famous detective, Sherlock Holmes, is clear especially given that Sherlock co-creators Steven Moffatt and Mark Gatiss are also responsible for Dracula. Just in case there was any doubt as to whether the unnamed detective was Holmes, Moffatt and Gattiss confirmed as such at Dracula’s world premiere event. Although this seemingly confirms that Dracula doesn’t take place in the same world as Sherlock’s main series, it could instead be in the version seen in the one-off special from 2016, The Abominable Bride, which was set in Victorian times (if it was actually real, and not just in Sherlock’s Mind Palace, which the episode leaves somewhat ambiguous). 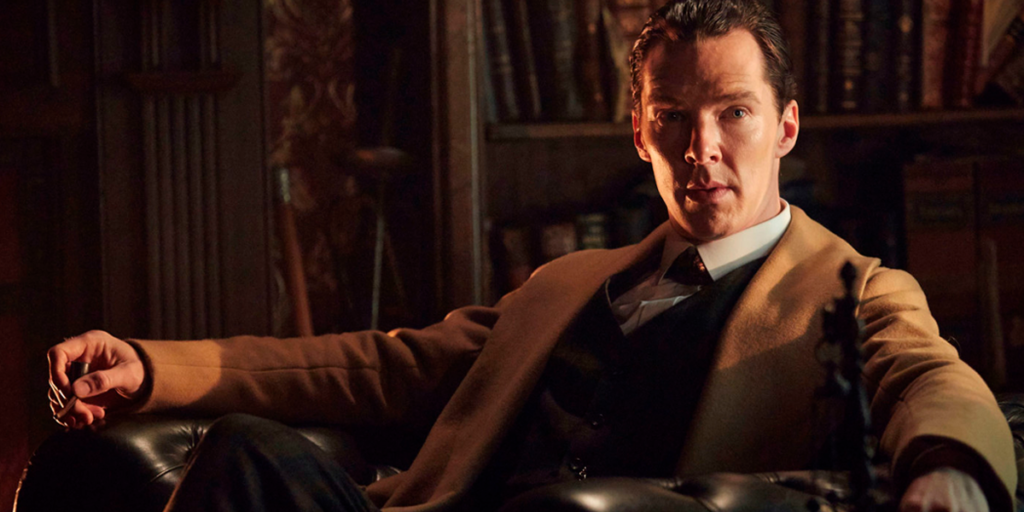 Not content with reimagining characters from just Dracula lore, an even older vampire than Dracula (in real-world terms) is given a fresh new take. Lord Ruthven is a passenger aboard the vessel Demeter during the second episode. Once learning of Dracula’s true identity he attempts to help Dracula so that he can become a vampire himself. Dracula instead kills him, but in reality, Ruthven is a famous vampire of literature in his own right.

He first appeared in “The Vampyre” in 1819, written by John William Polidori, which is often cited as the beginning of the vampire fantasy genre. Lord Ruthven has appeared in numerous vampire stories ever since his creation, many of which showed him alongside Dracula. 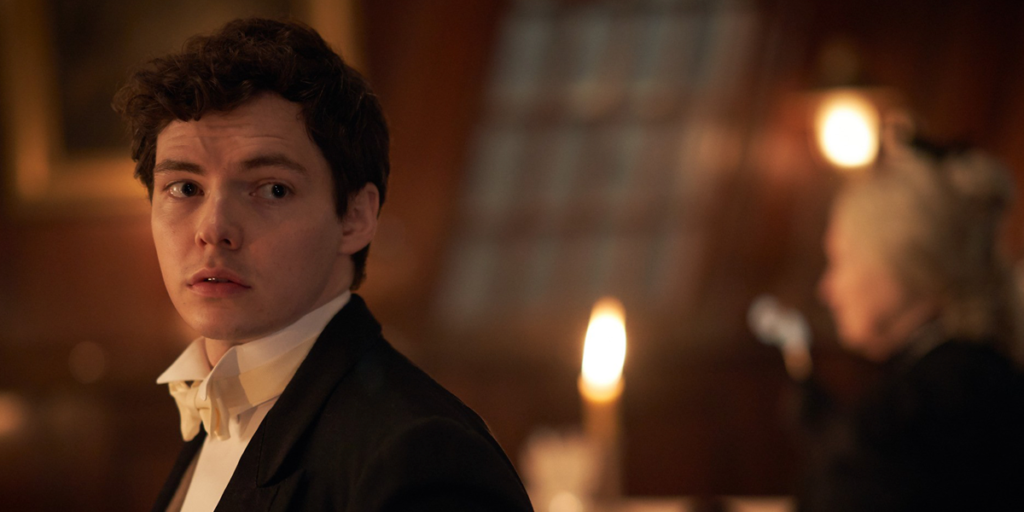 A large part of the Dracula’s second episode, Blood Vessel, revolves around a mysterious passenger aboard the Demeter hidden inside room Number 9. This is a reference to the tv show Inside No. 9, created by Mark Gatiss’ League of Gentlemen co-writers Steve Pemberton, and Reece Shearsmith. 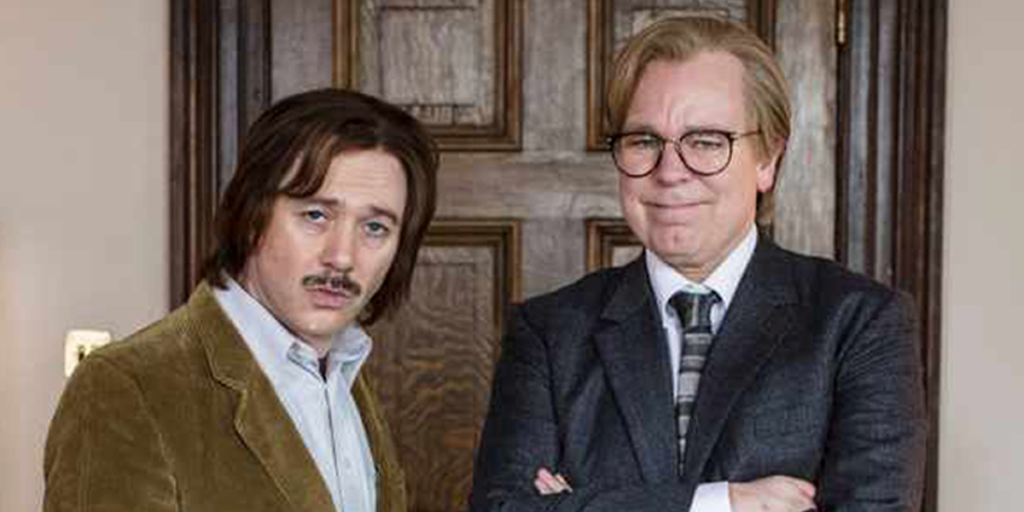 In this version, Doctor Jack Seward is reimagined as a young doctor who is also part of the Johnathon Harker foundation’s experiential procedures on exposure to vampires. A few scenes show Jack in his bedroom, where his walloper has the same pattern as the iconic carpet featured in The Shining. 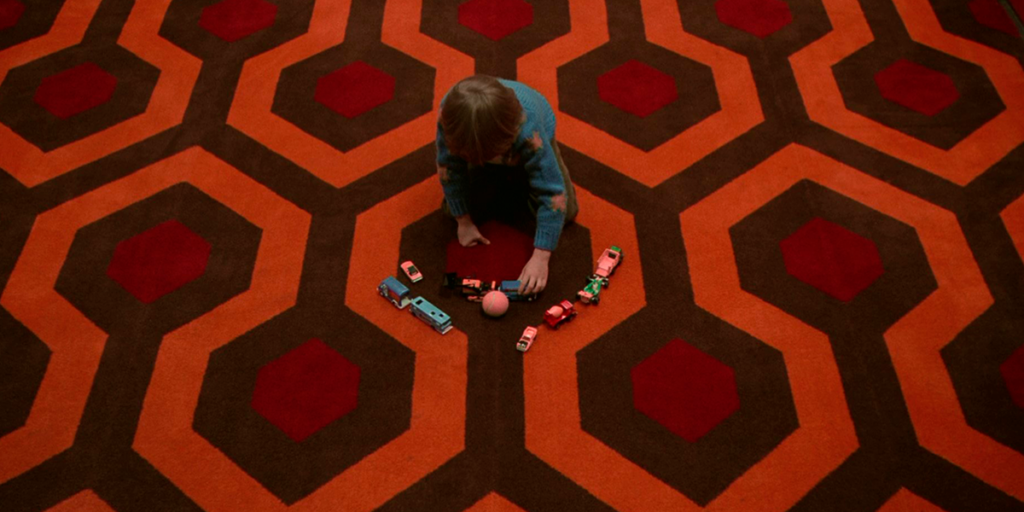 Zoe Van Helsing’s hospital room is AD 72, a reference to Dracula A.D. 1972, which, like this latest adaption brought Dracula into the modern-day. The film was Christopher Lee’s seventh, and the first since his original 1958 film to star both he and Peter Cushing as Van Helsing. 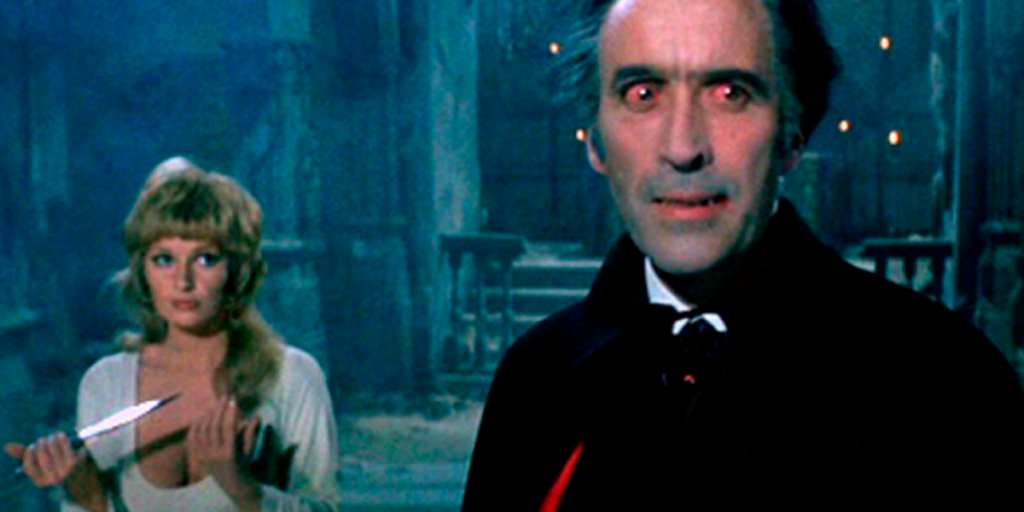 Dracula’s lawyer, Renfield, slowly becomes more like the insane servant version of Renfield from the original book. One of his later scenes shows him doing a crossword to which he has written Dracula for all of the answers, echoing the corrupted Johnathon Harker doing the same for his diary entries at the beginning of the show. The actual answer to the crossword question was Frankenstein.

Dracula and Frankenstein starred in multiple movies namely 1944’s House of Frankenstein and 1945’s House of Dracula. The very easy to miss nod is perhaps alluding to another character Moffatt and Gatiss would like to adapt into the modern-day. 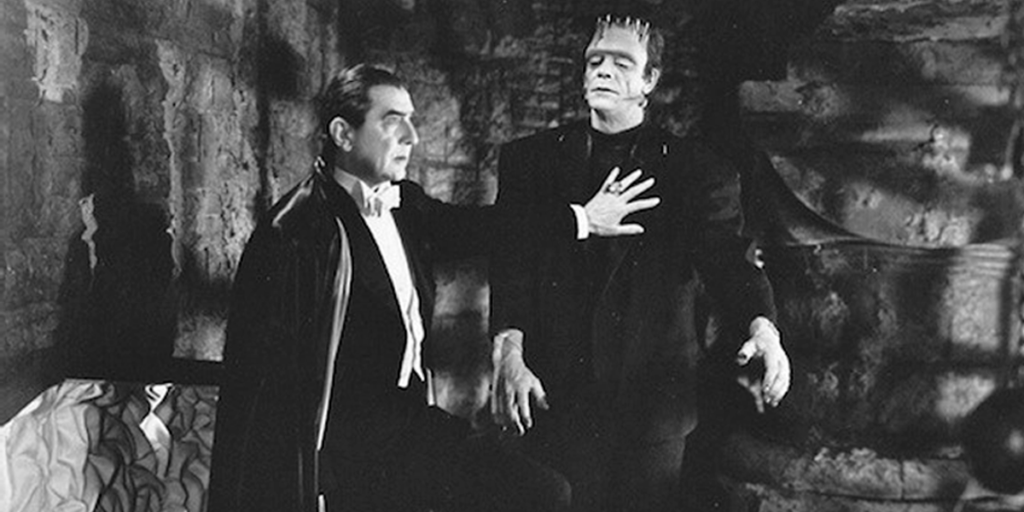 One of Dracula’s more horrific scenes is Lydia West’s Lucy Westenra being aware of her own cremation. She returns as a hideously burnt undead after not heeding Dracula’s warning. Being aware of your own cremation is something Steven Moffatt addressed in 2014’s Doctor Who episode ‘Dark Water,’ which saw the return of the Master, now Missy, and the Cybermen. In the episode, Dr Chang mentions that people are aware of their own cremation, something the Doctor immediately dismisses and then disproves. 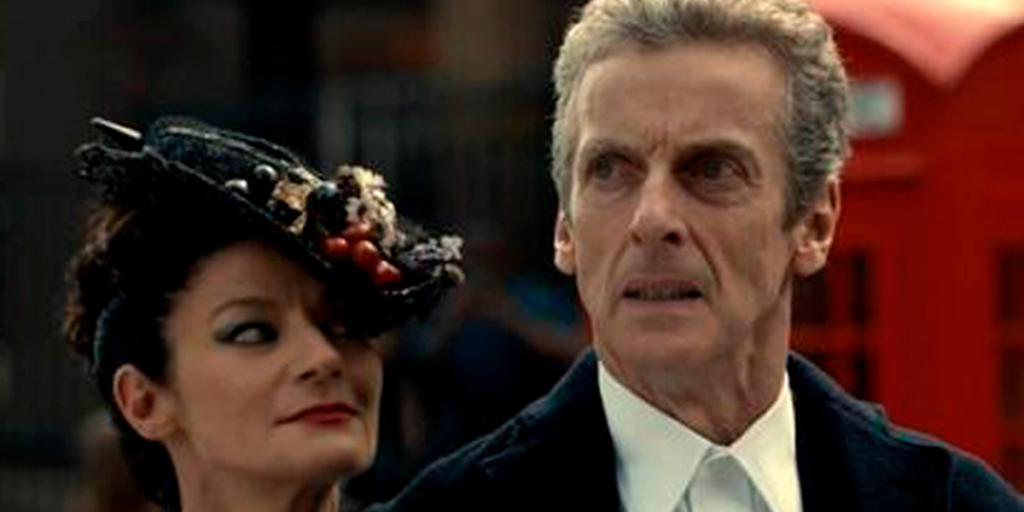 The final scene of Dracula puts an interesting new spin of the rules of Dracula, answering the question as to why they even exist. The scene plays out as a reimagining of the end of the 1958 Dracula, where Van Helsing once again jumps up on to the table exposing Dracula to the sunlight. In the Christopher Lee and Peter Cushing version, Dracula died because of the sunlight but in this case, Dracula dies after accepting the truth (or so it seems). 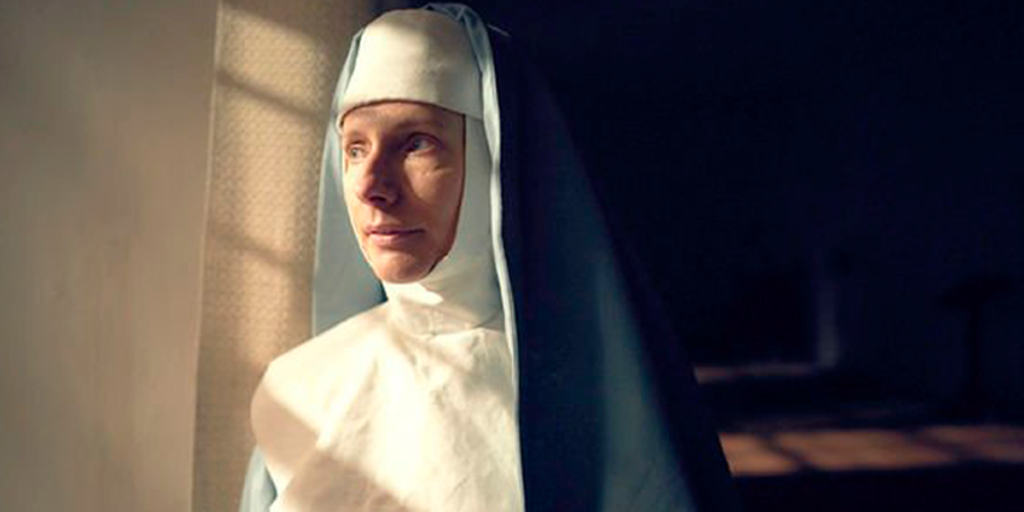