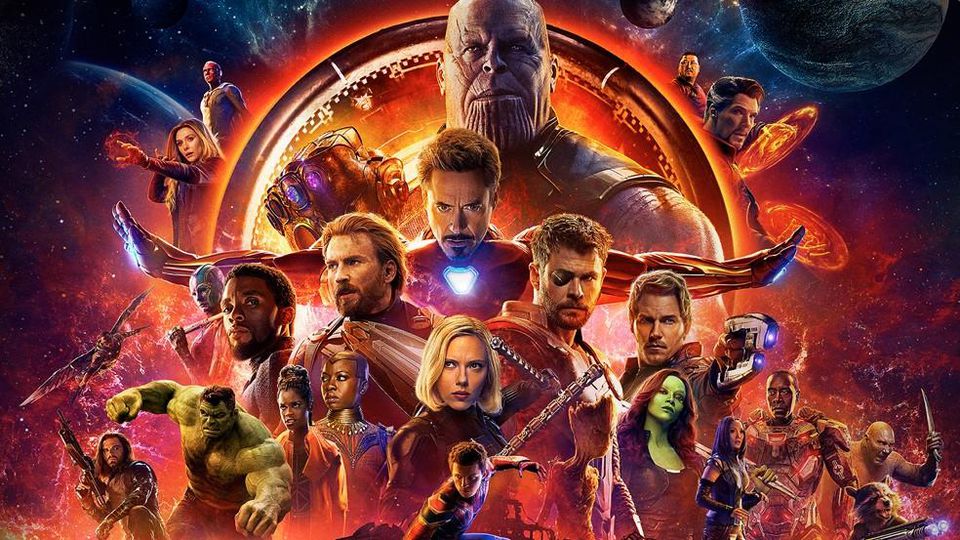 Going into Avengers: Infinity War it’s hard not to think about how unique it is, there has literally never been a movie quite like it (with ten years, and eighteen movies leading directly into it), and with that thought comes a lot of expectation. Although Marvel has shown how well they do team up movies (with the likes of past Avenger’s movies, Captain America: Civil War and of course both Guardians of the Galaxy 1 and 2), tit’s hard to ignore how different Infinity War is to those movies, and as such its more than forgivable to be a little worried that the film may suffer from simply having way too much going on.

Thankfully however, combining almost every hero (and a decent number of villains) that we’ve met in the MCU so far is something Infinity War makes look easy. Each of the different story threads throughout feel well balanced, the characters blend perfectly and as a result the whole ensemble piece adds up to a truly great movie.

Of the many story strands in Infinity War we see Thor rescued by the Guardians of the Galaxy,  and then leave with Rocket and a teenage Groot to build a Thanos killing weapon (Thor of course speaks Groot, as he was taught it at school), the rest of the Guardians head to Knowhere to stop Thanos getting the Reality Stone (form the Collector), Iron Man, Doctor Strange, and Spider-Man travel across the universe to the planet Titan, and Captain America and his team of outlaw vigilantes (minus Ant-Man and Hawkeye, but now including Vision) head to Wakanda to prepare for Thanos.

Each story thread see’s one of the teams try to stop Thanos getting one of the Infinity Stones in one way or another, and whilst all of this is happening we follow Thanos himself increasing his power stone by stone.

Straight away the movie shows its out to subvert what we’d expect (with ‘that’ Loki scene), and continues to do so, bringing in some huge twists and turns, and even a jaw dropping cameo or two (my jaw literally dropped when a certain HYDRA bad guy reappeared) all of which totals to a truly incredible addition to the MCU (and a great start to the end of Phase 3). 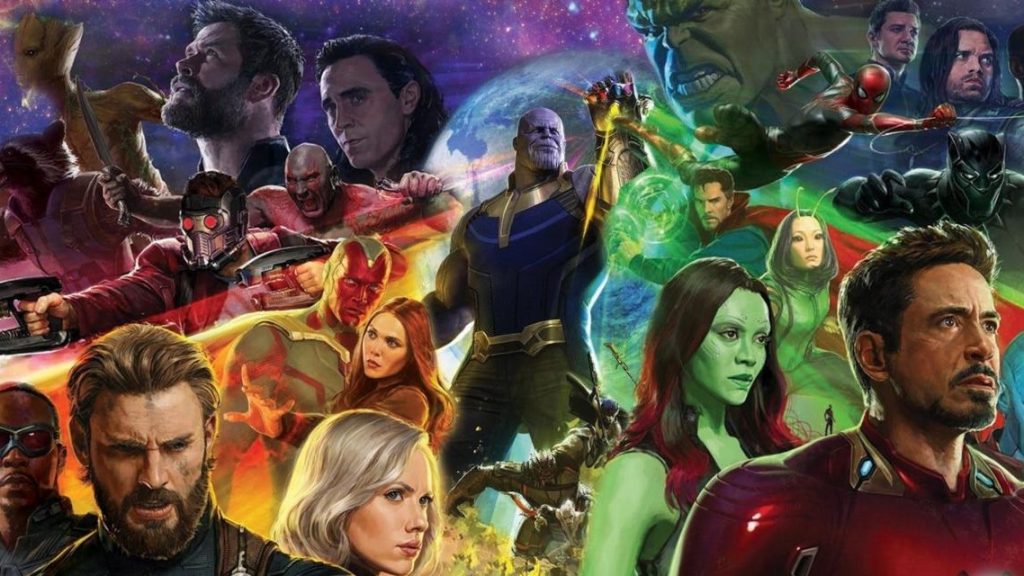 There is no doubt that Infinity War is a busy movie with a lot to keep up with, but it’s pacing throughout is near perfect, managing to weave together numerous storylines very well and in relatively equal measure. You care as much about what Doctor Strange, Iron Man, Spider-Man, and Starlord are doing, as you do Captain America getting ready for Thanos’ attack in Wakanda, and even Thor, Groot, and Rocket (who definitely deserve their own movie).

Admittedly the movie couldn’t do any of it’s storytelling nearly as well without the set up over the past ten years, but that hardly takes away from it’s achievement. To be able to take all of these characters and not only make them work, but preserve who they are is a truly impressive feat. The best example of this being Thor’s development in Thor: Ragnarock as a more humorous take on the god of Thunder is still present, and fits in with the Guardians perfectly.

Another great example of how well paced the movies is, is that despite it’s busy mix of storylines it still takes the time to really develop Thanos as not just another bad guy, but a real character. His back story, and development is way more than I expected, and it fleshes him out to be a clear front runner for best villain in the MCU, leaning into the trend more recent Marvel movies have taken with actually giving their bad guys some real backstory and development (Toomes in Spider-Man: Homecoming and Killmonger in Black Panther being other great examples). 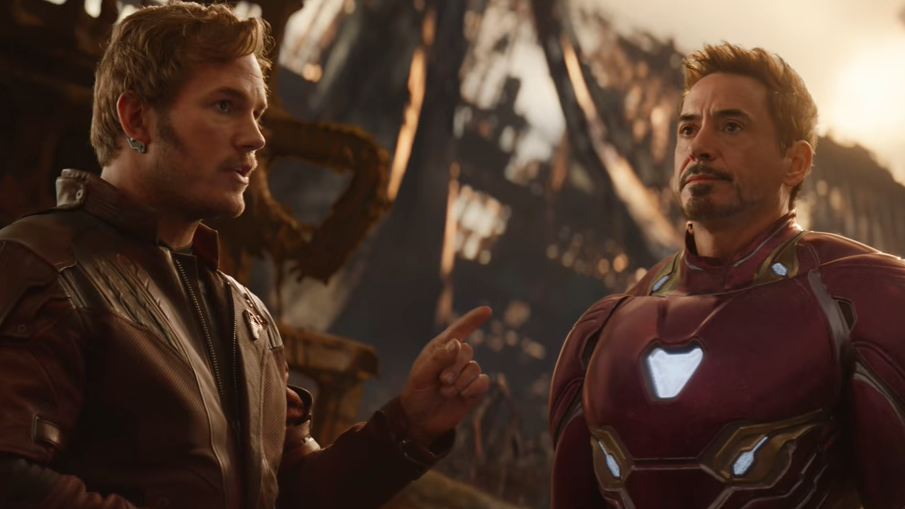 Admittedly we don’t spend enough time with characters such as T’Challa or even Captain America but that was to be expected with a movie filled to the brim with different storylines, and what we did get is still a pretty in depth look at a huge number of other characters, and people like Cap are sure to shine in the next movie

With Infinity War being the first part of two movies I almost thought having no post-credits scene at all would serve the overall story better (before hand and not really knowing how the movie would end), that was of course before we get to the end of Infinity War. The scene with Maria Hill and Nick Fury is the epitome of post credit scenes and gives us great tease as to what (or who) will help our heroes take down Thanos next year.

The end of Infinity War is a cliffhanger for sure, but a strange one, and one that almost needs a little time to ponder. Obviously we know that most (if not all) of the heroes that disappeared will come back (we know there is a Spider-Man Homecoming sequel in the works, and it would be insane of Marvel to kill off Tom Holland’s web slinger), and so although it ends on a real ‘how are they going to fix this’, we definitely know that somehow they will, in a way I’d argue that almost lessens the stakes, and as a result the ending packed considerably less of a punch than I thought the end of this movie might. That said having to wait a year for the conclusion is still going to be tough, especially with other Marvel movies such as Ant-Man and the Wasp, and Captain Marvel (which will presumably lead straight into Infinity War Part 2 given that post credits scene) coming out before hand. 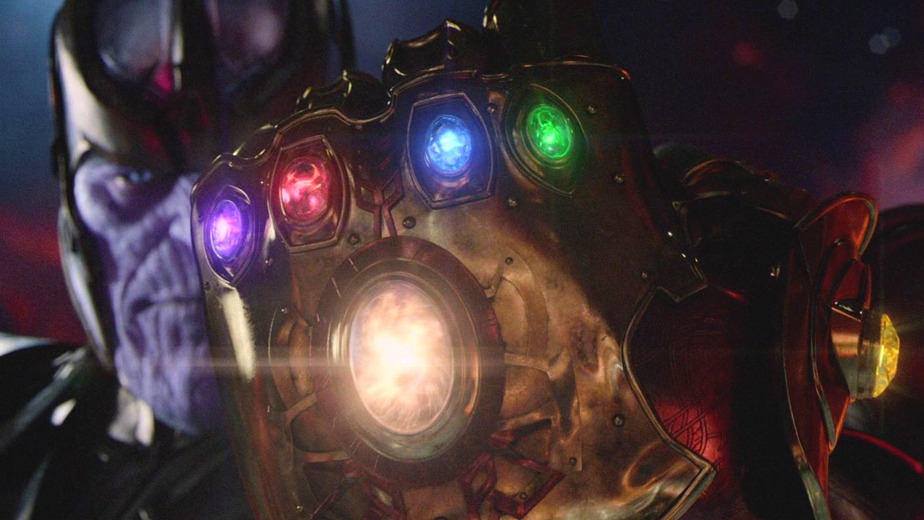 Adding together some impressively balanced pacing, great graphics, series strong performances, gorgeous action scenes with a load of character development totals to an incredible film overall. Avengers: infinity War is quite literally the perfect culmination of ten years with the MCU, it brings together pretty much every character we know and love and blends their styles perfectly. In a two and a half hour movie that absolutely flies by, Infinity War sets up some massive MCU altering events and ends with one of the biggest twists of the entire franchise, how, when, or where exactly the Avengers will go from here is yet to be seen, but if Infinity War Part 2 is anywhere as near as good as the first, it’s sure to be an incredible end to Marvel’s Phase 3.

*As a side note scoring Avengers: Infinity War was extremely difficult, as I’ve pointed out a number of times, there really hasn’t been a movie with this much set up and build up before, and there is no way it would be what it was without that, but all in all it is a great movie that deserves to be looked at as one of the best in the MCU.