From the creators of It’s Always Sunny in Philadelphia, Mythic Quest: Raven’s Banquet is an Apple, Lionsgate and Ubisoft co-production, that combines a workplace comedy format with an interesting (and admittedly oversimplified) look at the modern video game industry. The show has plenty of well-trodden tropes like the egotistical boss, and a hopelessly undervalued employee thinking about leaving, but Mythic Quest uses those tropes to tell some genuinely engaging human stories on the video game industry and the associated creativity. There is also some great performances and some hilarious satire of modern pop culture thrown in for good measure. 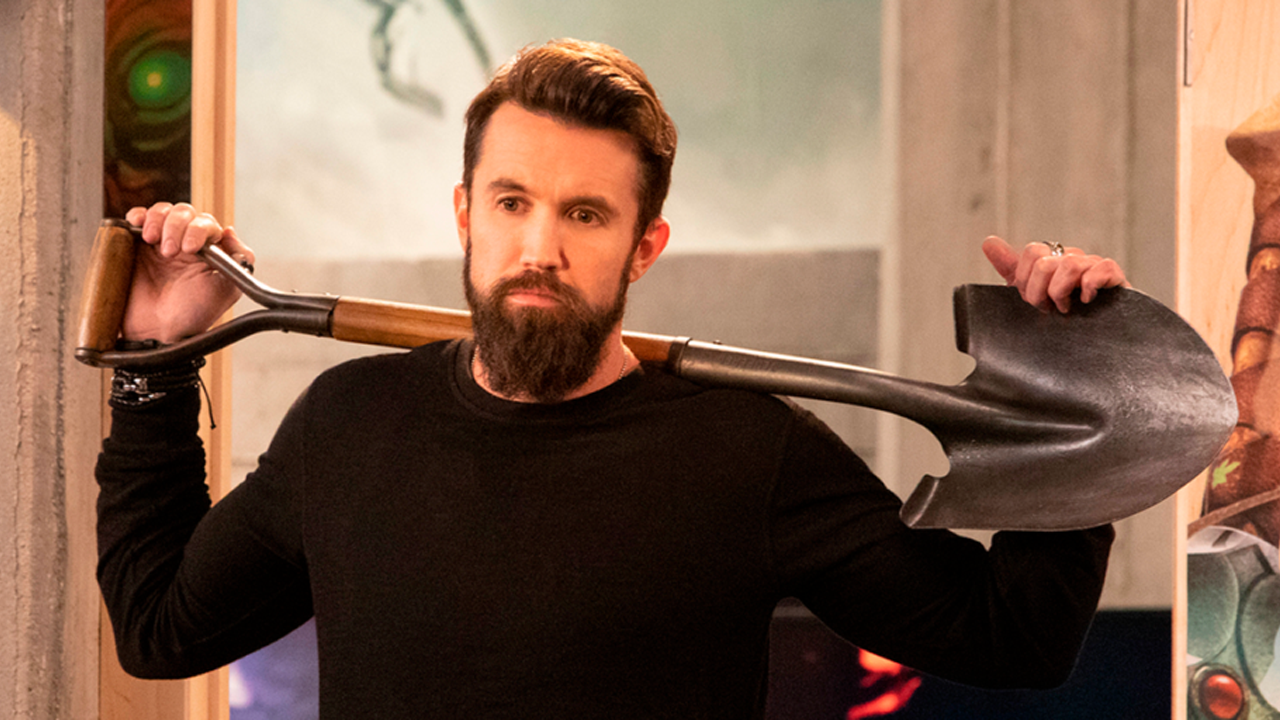 In terms of realism there is no doubt that Mythic Quest: Raven’s Banquet oversimplifies the process, problems, and solutions behind making video games, in particular, a constantly live MMORPG (Massively Multiplayer Online Role-Playing Game) like Mythic Quest, but I’d argue most of these benefit the simplicity of the story.

Another ‘problem’ the show suffers (one I’ll admit is perhaps being more nitpicky than is necessary) is an inconsistency with in-game footage. This is a problem that many video game-related shows suffer, but in particular with Mythic Quest which borrows footage from Ubisoft games like For Honor and Assassin’s Creed (which it later confusingly name drops), and then switches to its a more empty and basic looking world for most in-game scenes – also most times we see any footage there is no visible User Interface – although sometimes there is. 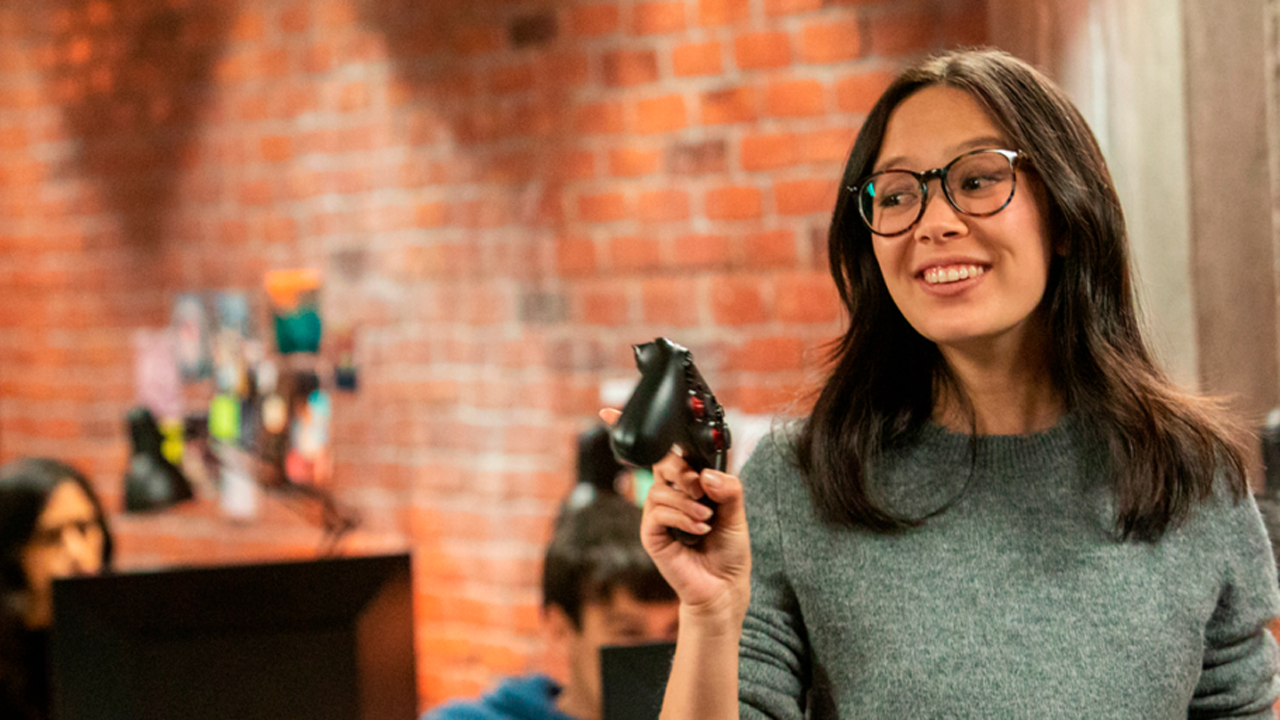 Much of the streaming humour comes from the development team’s annoyance at how much the opinion of the snotty and entitled teen streamers matters to the success of their game. The show also briefly circles some more serious topics like banning hate groups from video games (and the resultant rights issues), a lack of female representation in the video game industry, and the excessive time pressure put on video game developers (known as ‘crunch’).

Although it only touches on most of these topics for an episode or so, it does have a lot to say. Michelle, the only other female coder than Poppy, played by Aparna Nancherla, tells a young group of girls how difficult it is to be a female coder and that she sees other women as more of a competition than she sees men, as it’s already such an established boys club. 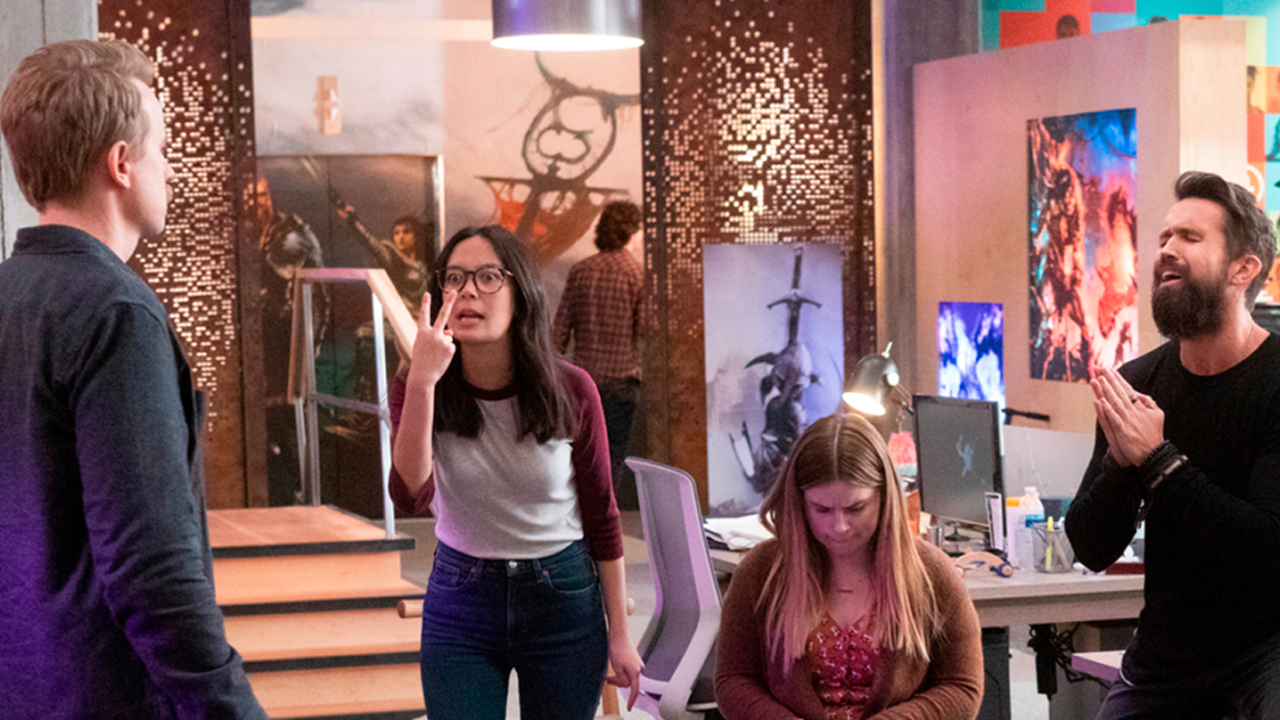 Michelle later notes that she and the coding team don’t mind the time requirements of video game crunch, and explains that Ian’s demands are correct, more time on the game is what it needs to make it great, they just want to be fairly paid for the extra hours required – which is a large part of the real world debate on video game crunch.

Mythic Quest: Raven’s Banquet does a great job of showing the problems that come with the creative side of games, in particular how that works in a collaborative environment. Ian, the seemingly naive and carefree boss who likes to take all the credit, mentions his frustration at not being able to create what he sees in his head on a screen. He explains that what Poppy does is essential and that in reality she ‘made’ the game, he just imagined it. 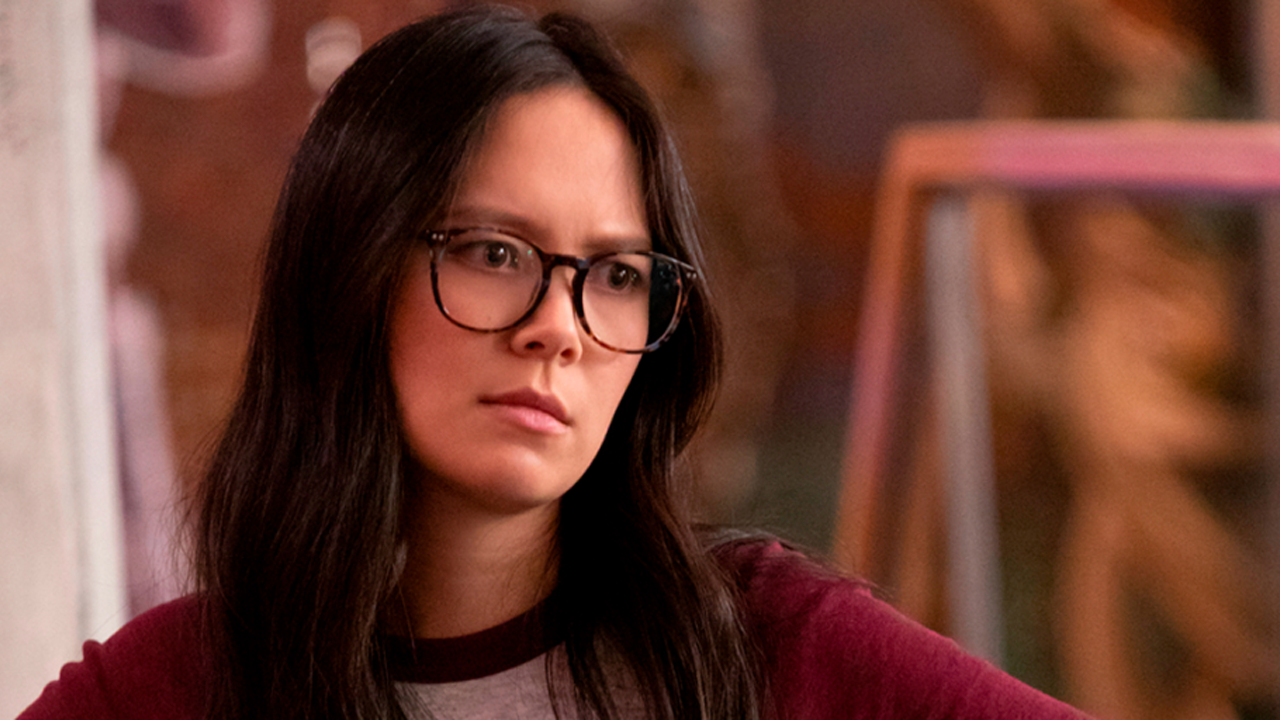 On the opposite side, Poppy’s problems come from not having anything of her own. Instead, she simply makes what Ian tells her, and even when she does come up with something (like the first episode’s shovel add-on), Ian and the others usually high-jack it and turn it into something she didn’t intend, like a weapon or sellable item.

And none of this is more evident than in the fifth episode of the show, “A Dark Quiet Death”, which is, except a very brief mid-credits scene and call back in the final episode of the series, a beautifully realised (and harrowingly emotional) standalone episode that focuses on vision, and what people will sacrifice for it (for my full thoughts on the fifth episode check out our post HERE). 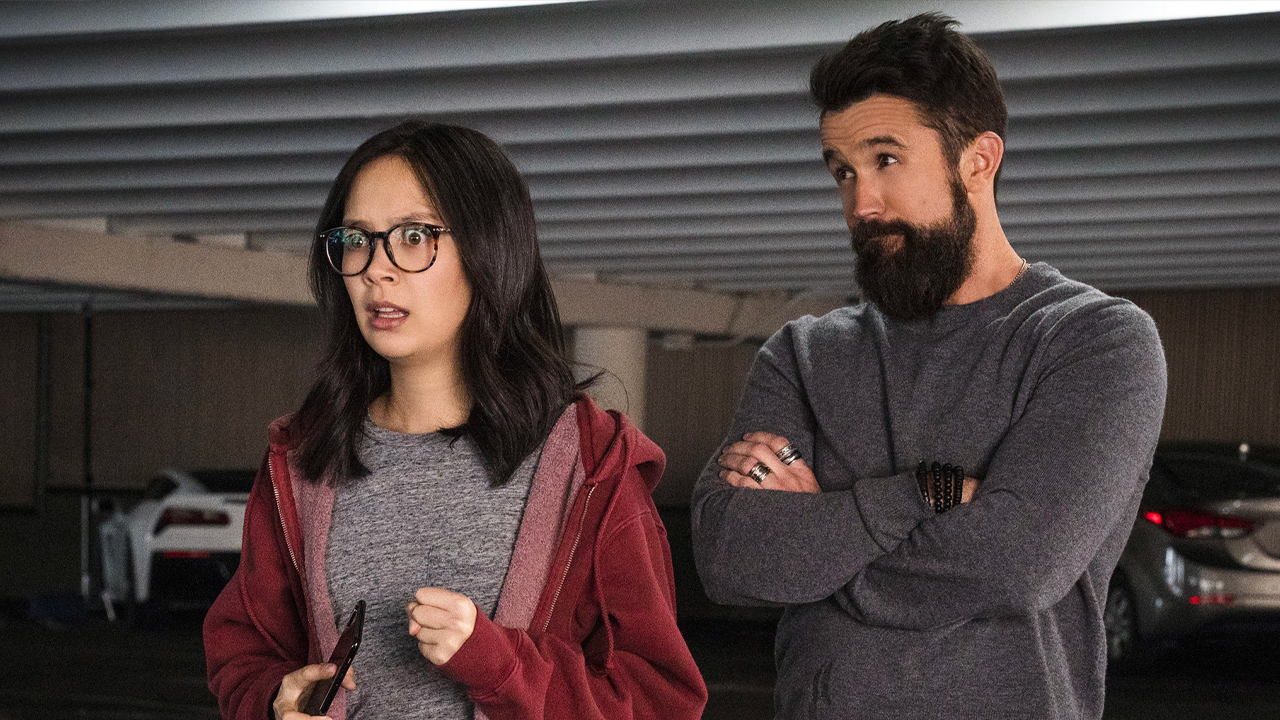 Overall Mythic Quest: Raven’s Banquet combines a well-rounded cast with some new twists on well-worn tropes, adds in just enough of a look at real-world issues in the gaming industry, and offers a heartfelt look at the struggles behind a collaborative creative process, all of which adds up to an endearing, charming, and funny show. 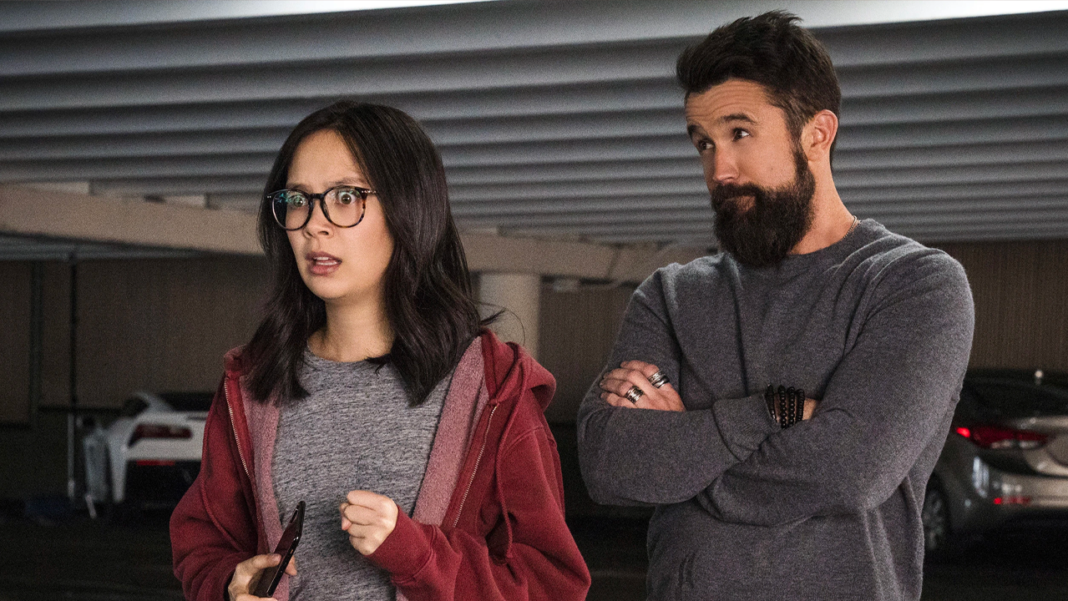 443
April 2, 2020
Previous articleMythic Quest’s “A Dark Quiet Death” Is an Unsettlingly Relatable Emotional Love Letter to Vision, Creativity, and Its Cost
Next articleHow Gears Tactics Adds a New Style But Stays True to the Gears of War Franchise
© Newspaper WordPress Theme by TagDiv