Birds of Prey (and the Fantabulous Emancipation of One Harley Quinn) does so many things right. It introduces several new characters, developing each just enough without pulling focus from the relentlessly paced story, crams in more action than you could throw a Batarang at, and all in all, delivers a unique and extremely fun movie. The film ignores the usual formulas and tropes and instead shows off how different comic book movies (especially ones centred around a character like Harley Quinn) can be. 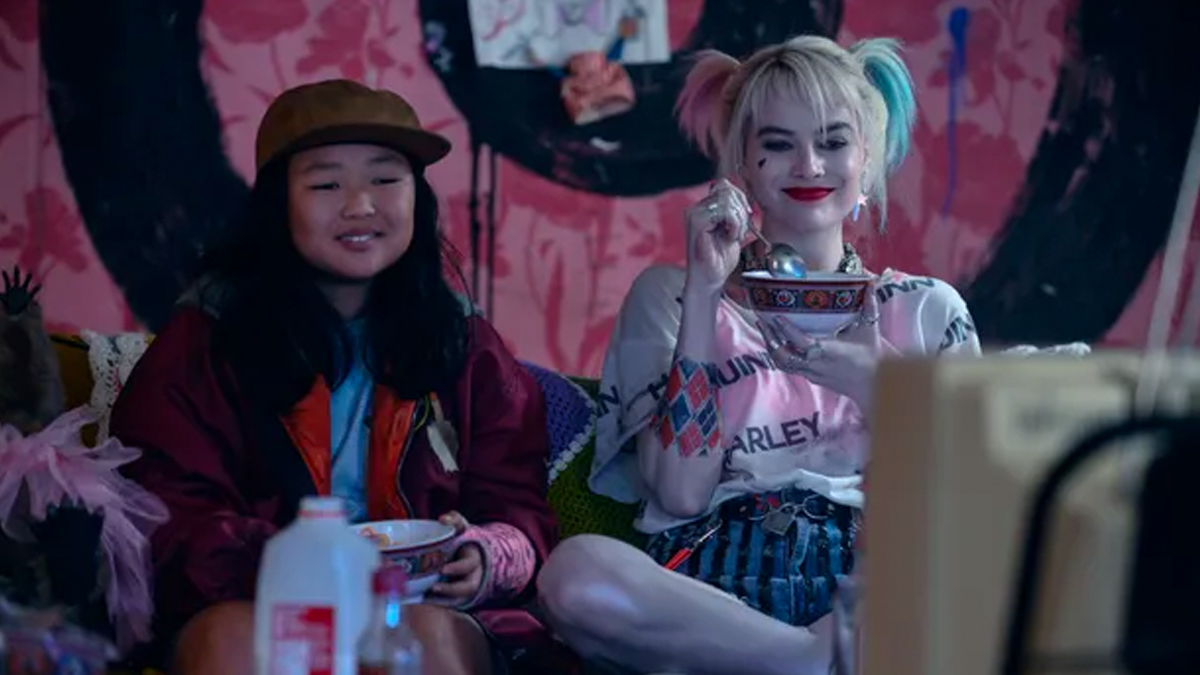 In the past few years, DC has gone from critically panned movies like Batman vs. Superman and (to a slightly lesser extent) Suicide Squad to triumphs like Wonder Woman, Shazam! and the Oscar-winning Joker. Thanks to the success of films that focus less on an interconnected universe, or in the Joker’s case ones that are completely separate, this is likely how DC will shift their attention going forward, but that certainly wasn’t always the case.

After only one film with 2013’s Man of Steel 2016 saw the release of two team-up films, Batman vs. Superman and Suicide Squad. Between the two movies a new Batman, Wonder Woman and Joker were introduced alongside the live-action movie debut for many iconic DC characters like Harley Quinn, Deadshot, and Amanda Waller.

Although both Batman vs. Superman and Suicide Squad were met with huge criticisms, there were some standouts in both films. Birds of Prey (and the Fantabulous Emancipation of One Harley Quinn) is the product of DC hoping to capitalise on one of Suicide Squad’s most successful elements, Margot Robbie’s portrayal of Harley Quinn. 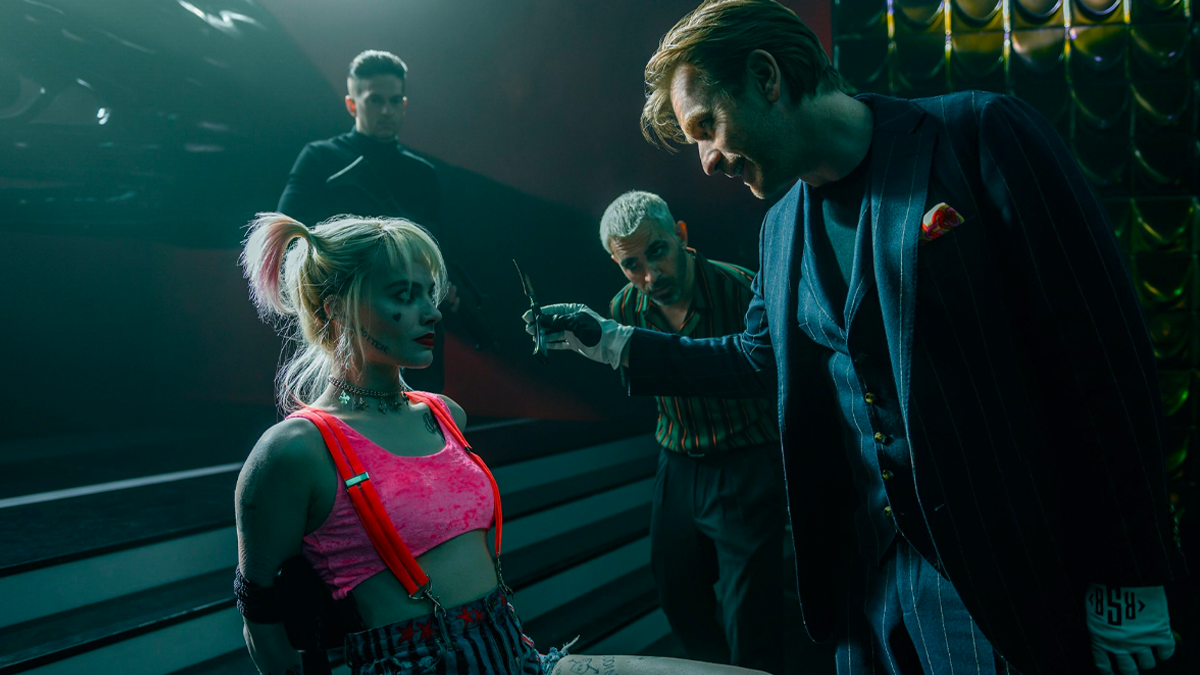 And although the simpler choice would have been to do a movie just about Harley, and there is no denying she is the star of the movie, Birds of Prey has so much more to it. Ultimately the film is several heroic origin stories and a Deadpool-esque R-rated action film, put through through the lens of a break-up movie, and a story of self-reinvention.

The storyline revolves around Harley, fresh from her latest break-up with the Joker, intent on showing the world the new and improved Harley Quinn. She, unfortunately, doesn’t foresee how many people would want to kill her now that she isn’t under the Joker’s protection. Black Canary, Renee Montoya, Huntress, and Cassandra Cain find their way into Harley’s lives as they all become embroiled in Black Mask’s latest plot to take control of Gotham’s underworld.

As one of the best parts of 2016’s Suicide Squad Margot Robbie reasserts her ownership of the live-action Harley Quinn. This time she is crazier, more loveable, and clearly having more fun than ever. 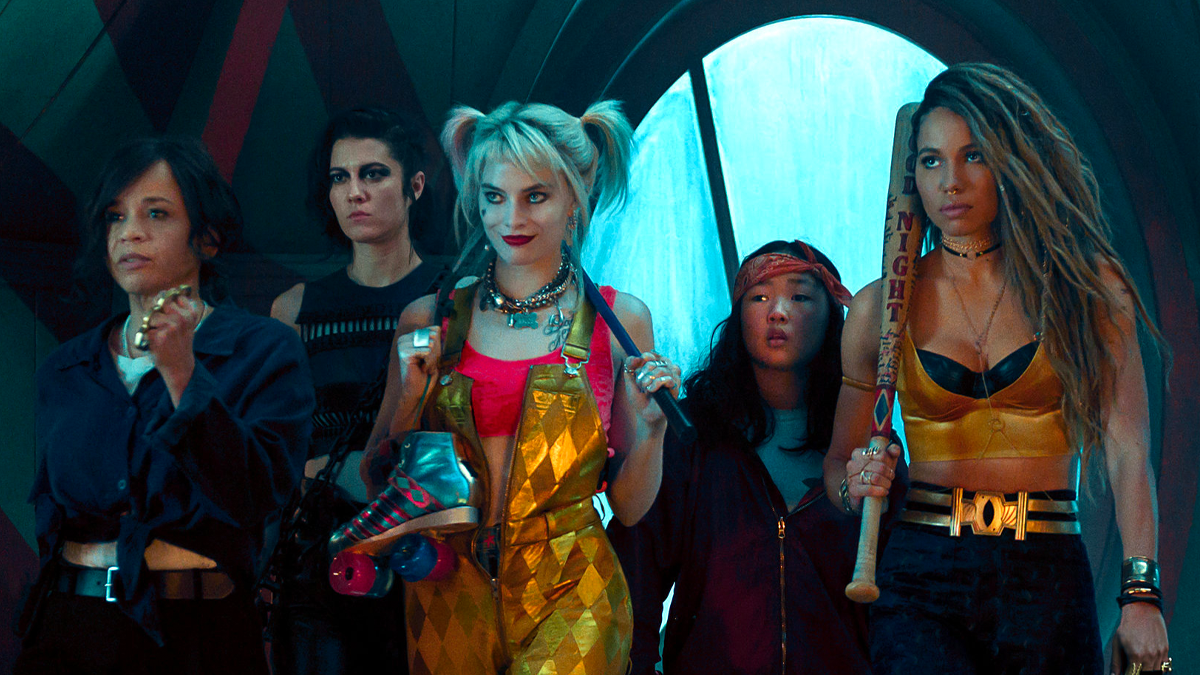 Rosie Perez plays Renee Montoya, a Detective who like Harley Quinn originated in Batman the Animated Series. Perez brings a sense of gravitas to the tired Detective who’s faced everything Gotham can throw at her and is ready to give up.

June Smollett-Bell’s Dinah Lance/Black Canary is one of the movie’s standouts and adds a new spin to Black Canary’s origins and her reasons for hiding her powers. Ella Jay Basco’s Cassandra Cain plays a very different version of the character than comics fans are used to (completely removing her murderous backstory), but one that works well for the movie, and as an actor, she more than holds her own with her adult co-stars. 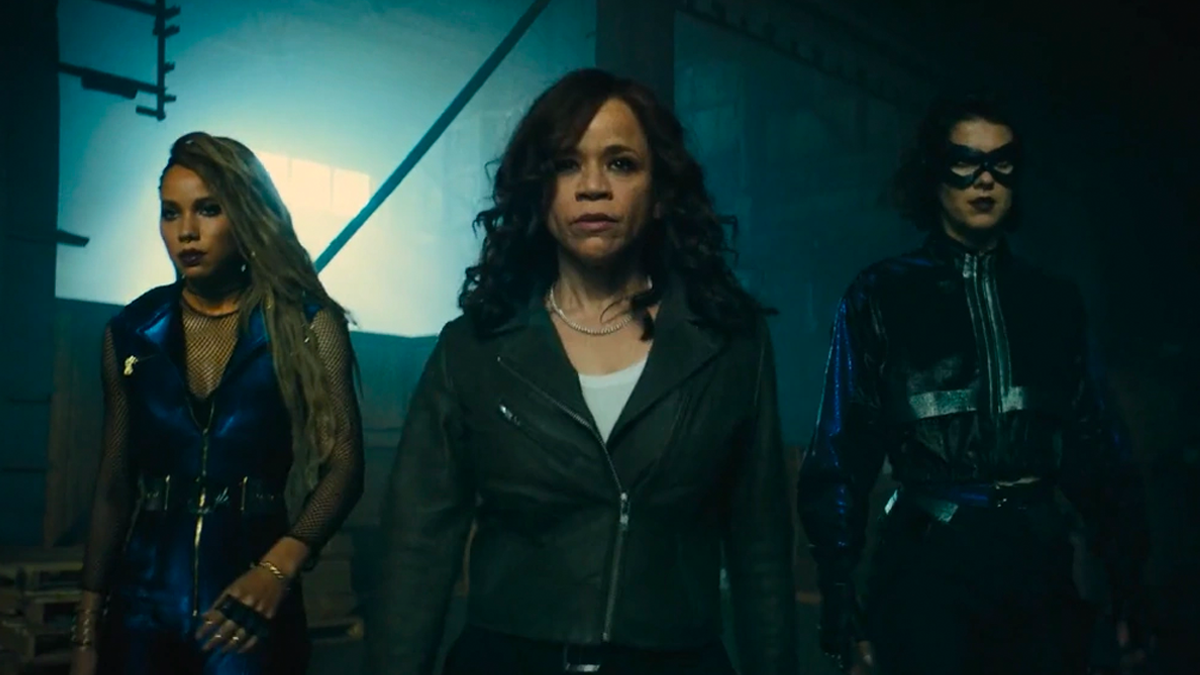 For the movie’s villains, Chris Messina plays a twisted new version of Victor Zsasz, now the right-hand man to Back Mask, but still just as unsettling and creepy as he should be, but Birds of Prey’s main villain is one of DC’s best yet.

Ewan McGregor’s Roman Sionis/Black Mask showcases everything the vain split-personality wannabe criminal overlord should be. McGregor switches from unsettling and intimidating to fun and whimsical in the blink of an eye.

Black Mash proves to be the perfect enemy for Harley, and a great reason for the Birds of Prey to team up, with each of them, having their own reason for wanting Black Mask dead. 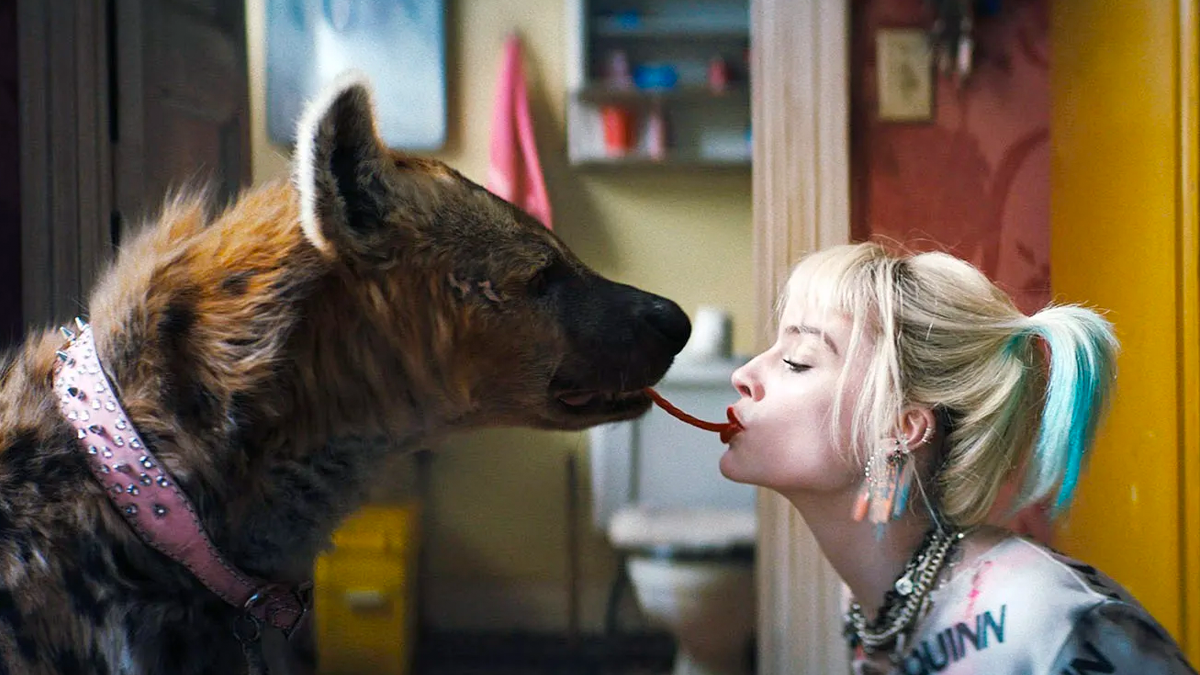 On top of some great characters and performances, one of Birds of Prey’s biggest strengths is the sheer amount of fun it puts on screen. Almost every action sequence is filled with colour, over the top violence, and great music.

Similarly, the intimate scenes are littered with fourth wall breaks and jokes, and everything about Birds of Prey feels fresh and fun as a result. There is a real sense throughout that the actors are having a lot of fun embodying the DC characters on-screen, and that translates to the audience, particularly in the case of Harley Quinn and Roman Sionis.

The sense of R-rated fun is what really pushes Birds of Prey into the top tier of DC movies, moving away from a consistent style for the overall universe as we saw in the early iterations of the DCEU, and instead leaning into something partway between Deadpool and Shazam! – ultimately letting a movie’s tone and direction be dictated by its lead characters. 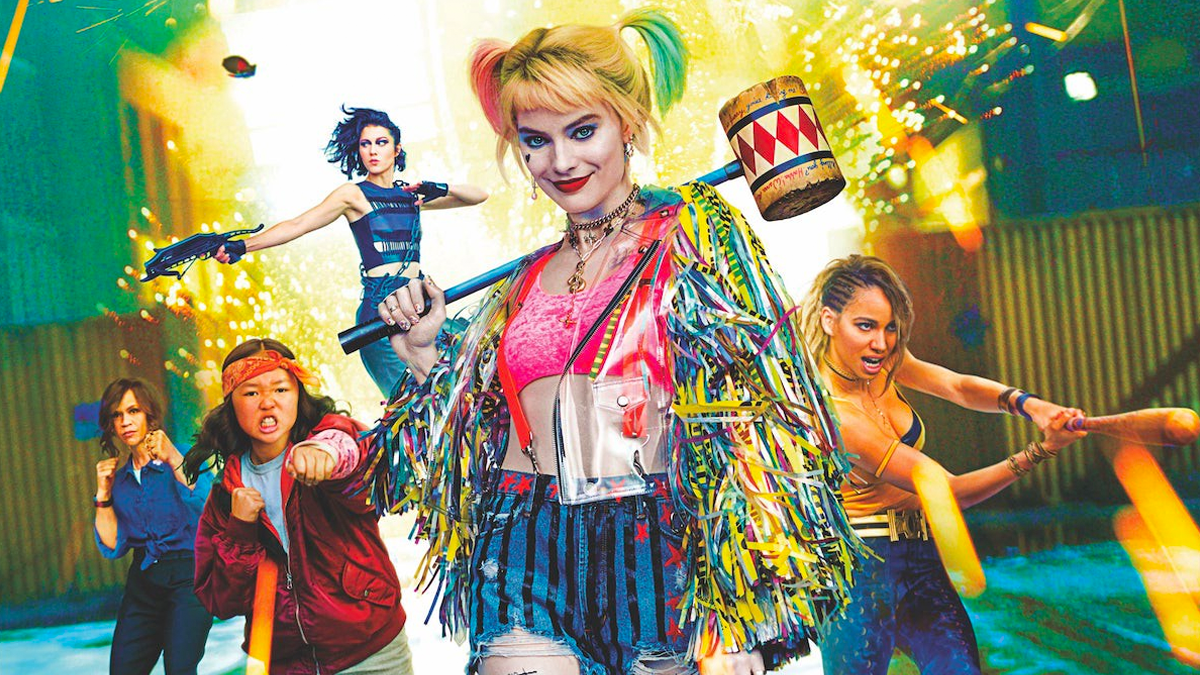 Birds of Prey (and the Fantabulous Emancipation of One Harley Quinn) cements Margot Robbie’s hold on the character, whilst introducing several fan-favourite DC heroes and villains. It showcases non-stop action and builds out DC’s universe extremely well. And does all of this with some great use of licensed music (contrasting heavily with Suicide Squad’s throwing cool music at scenes in the hopes it makes them better), all within a run time of around thirty minutes less than your average superhero movie. Birds of Prey is unique, fun. and interesting and despite a lacklustre opening box office follows in the style of movies like Deadpool, in showcasing how different superhero movies can (and should be). 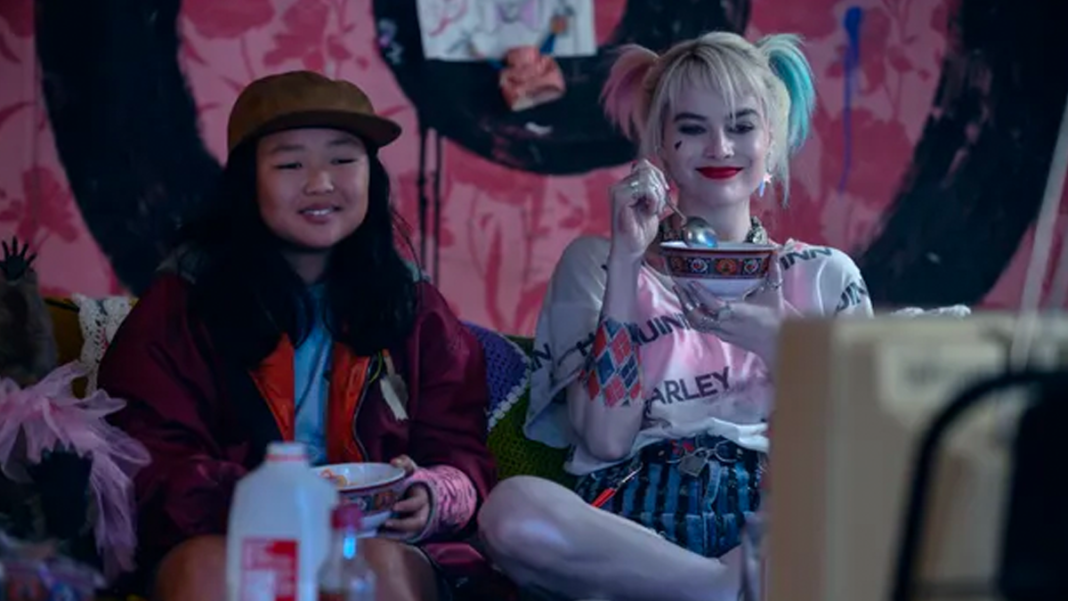 Birds of Prey is Fun, Fast, Frantic and Harley Quinn at Her Best